One place in the world that does not lack enthusiasm for cryptocurrencies is Dubai: the emirate is home to a string of initiatives linked to the blockchain-based virtual currencies.

Among them is a Shariah-compliant cryptocurrency called Habibi Coin that was launched by an entrepreneur based in the emirate, complementing Dubai’s BitOasis cryptocurrency exchange, Dr Larisa Yarovaya. 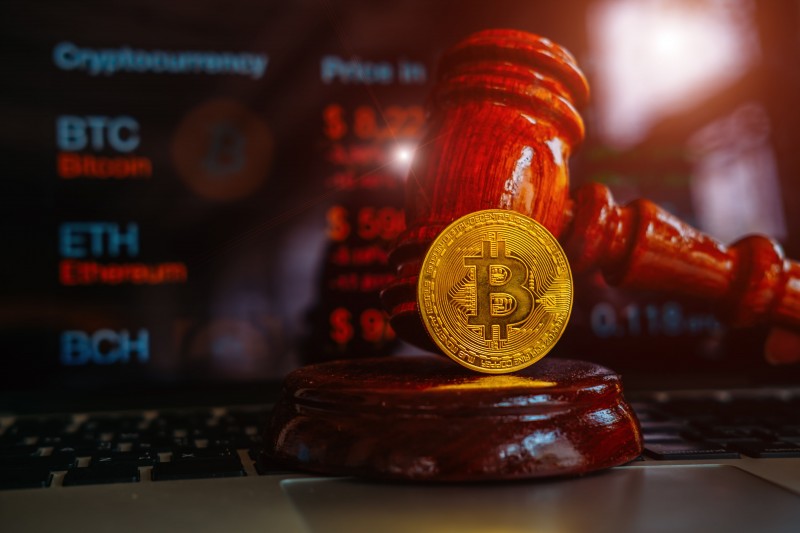 There have also been multiple government initiatives. In late 2017, for example, the government of Dubai announced that it was creating emCash, an encrypted digital currency described as the first state-issued cryptocurrency and designed to be used to pay for services.

Not long after, it was revealed that blockchain would form the basis of 20 Dubai government services in areas ranging from roads and transport to health. Indeed Dubai has reportedly set the target that by 2020 all government transactions should be based around blockchain technology.

While Dubai has taken to cryptocurrencies in a big way, some other parts of the Middle East – and many other nations further afield – have taken a very different approach.

In April, reports said that Iran, for example, had banned its banks and other financial institutions from using cryptocurrencies.

The approaches of Dubai and Iran are at opposite ends of a spectrum and countries adopting all positions in between can be found.

“Currently the cryptocurrency regulation is in the emerging stage. It’s a debate: how they should be regulated, whether they should be or not,” says Dr Larisa Yarovaya, who researches cryptocurrencies at Anglia Ruskin University in the United Kingdom.

“It’s a new financial instrument. Whether it’s a financial asset and which government area has to take responsibility – these [questions] increase the complexity of how the cryptocurrency markets should be regulated. Because of this complexity, different governments have different approaches.”

One current theme is the move by many nations towards tougher controls or at least the introduction of measures to deal with a phenomenon that largely lies outside of current regulatory regimes. Indeed one account has suggested that “2018 is destined to become the year of regulatory reckoning”.

The United States’ Securities and Exchange Commission is among the numerous institutions to have indicated that stricter rules need to be introduced. China is now taking a very tough line, India is becoming less cryptocurrency friendly, and the European Union is likely to bring in new rules, although mixed signals have been given.

By contrast, Switzerland has remained resolutely cryptocurrency-friendly, while Venezuela has launched its own cryptocurrency, although the headline to one Washington Post opinion piece described this as “one of the worst investments ever”.

The best-known cryptocurrency and the one with the highest market capitalisation is, of course, bitcoin, which was launched in early 2009 and grabbed headlines last year thanks to its dramatic increase in value.

Illustrating how cryptocurrencies in general work, it operates through a shared public ledger or blockchain that records all transfer between bitcoin wallets. A private key signs transactions and confirms they come from the owner’s wallet, and once signed records cannot be altered. If an attempt to steal a coin was made, alerts would go up in the computers that store the ledger.

Bitcoin is the biggest player in an increasingly crowded market that now boasts more than 1,500 cryptocurrencies, several dozen of which have market capitalisations of more than $1 billion.

The large numbers of cryptocurrencies and dramatic fluctuations in market capitalisation have sparked concern that valuing them is becoming increasingly difficult.

While the market remains volatile, Amir Kanaan, Kaspersky Lab’s managing director for the Middle East, Turkey and Africa, notes that some predictions suggest that cryptocurrencies are on track to replace traditional payment methods by 2030.

“The lack of a coherent vision of the future is the reason why cryptocurrencies seem to be operating on the fringe, and it calls for a concerted effort by authorities and the public and private sector to define the future.”

One of the key concerns surrounding cryptocurrencies is, of course, criminal activity, with one estimate quoted by the American Enterprise Institute suggesting that illegal trade accounted for as much as half of the bitcoin transactions that took place last year, although the proportion is said to be falling. Forms of criminality associated with cryptocurrencies include tax evasion, the sponsoring of terrorism, extortion and money laundering.

Criminals can stay arm’s length from the law because finding out who owns the private keys is far from straightforward.

“These [concerns] are encouraging governments to look how to better control financial flows and what to do if the cryptocurrency is used for [criminality],” says Yarovaya.

“The second approach is to encourage cryptocurrency exchanges to carry out proper due diligence: They keep anonymity, but if they see any suspicious activity, the must report it to the government.”

Andrea Baronchelli, a lecturer in the School of Mathematics, Computer Science and Engineering at City University, London, cautions against exaggerating the significance of criminal activity associated with cryptocurrencies.

“Many things typical of cryptocurrencies are probably already present in cash,” he says, noting that, for example, laundered money has “hugely inflated” London’s housing market, without attracting significant regulatory oversight.

“But with cryptocurrencies, there’s a lot of attention,” he says.

Other factors, according to Yarovaya, are encouraging some authorities to take a relatively laissez-fare approach when it comes to regulating cryptocurrencies.

“There are benefits to the liquidity; some financial transactions can attract money to the countries. The freedom of money is an appealing idea. Whether it’s realistic or practical, this is another question,” she says.

“Perhaps they look at it [as being a] new and innovative financial interest that it would be attractive for the citizens to use. For emerging markets, the cryptocurrency can look attractive.

“I think for the Middle East region particularly, cryptocurrencies can provide some opportunities for economic growth and development.”

Yarovaya sees cryptocurrencies as potentially being useful in the region as an alternative to the American dollar for many types of transaction, saying they could help to smooth trade within the Middle East and beyond.

“And avoid international pressure, for example pressure of the US dollar. There are lots of oil exports and oil trades in US dollars. If they introduce cryptocurrencies, that can compete with traditional currencies … It could be a very successful international instrument. I’m optimistic. But they have to think how they will regulate it,” she says.

But it remains unclear whether cryptocurrencies can be appropriately regulated at only the national or regional level.

“I think it would be better to have some high regulation that unifies across borders. If the goal is to prevent criminal activity, you have to ensure that not only a few countries are trying to impose regulations; we need to ensure it’s imposed across the globe,” says Yarovaya.

One thing seems certain: the regulatory regime surrounding cryptocurrencies is far from settled.