Research from global cybersecurity leader Forcepoint found organisations are not using behavioural analytics to identify and prevent cyber-attacks even though they believe this is a crucial step to effectively stop breaches.

The latest study by Forcepoint also revealed that over half (54 percent) of surveyed IT and security leaders said they are not currently using behaviour analytics to stop data exfiltration, despite the fact that vast 85 percent agree that behaviour analytics is a critical component of their cybersecurity strategies.

“The data from our survey demonstrates how Forcepoint’s human-centric approach to cybersecurity is so critical to organisations today. We believe that behavioural analytics is vital in stopping cyber threats and we need to do more to ensure organisations are fully equipped,” said Mahmoud Samy, area vice president for Emerging Region, Forcepoint. “In today’s evolving cybersecurity landscape, Forcepoint’s solutions offer true risk-adaptive protection which understands people and their behaviour.”

Interestingly, 75 percent of those surveyed said they are always able to recognise when an identity has been compromised on the network (45 percent agreed somewhat and 30 percent agreed strongly). This is contrasting recently released data from Verizon, which says the majority of organisations are taking months at a time to identify breaches.

Further on the topic of trust and risks, Forcepoint’s latest report found that over 40 percent identified digital transformation as a crucial cyber security threat in the coming year, with 44 percent indicating moving to the cloud was a key concern.

In addition, when asked about the most important security issues in the coming year, 48 percent said evolving attack methods while 44 percent said security of moving to the cloud. 15 percent of surveyed security leaders indicated that GDPR and other regulations were the important issues for the year ahead.

When it comes to the human element, half of the respondents believed human error, or users’ mistakes, would be the most damaging to organisational trust. However, 69 percent of respondents agree that they have complete trust in their colleagues to adhere to IT security policies.

Only 43 percent who said malicious users, or intentional harm, would be the most damaging to trust.

“It’s no surprise to us the digital transformation – especially as it relates to moving to the cloud – is still a work in progress for many of our clients when it comes to cybersecurity. This has and will continue to be a key focus area for us as we work to counsel organisations,” said Samy.

To underscore its commitment to a human-centric and risk-adaptive approach to cyber security, Forcepoint recently launched its X-Labs division, the world’s first dedicated research division that combines deep security expertise with behavioural science research. The new X-Labs team will use data insights from the entire Forcepoint product portfolio to drive innovation in modern, risk-adaptive security solutions. 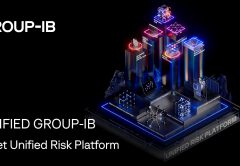