Emirates Integrated Telecommunications Company (EITC) has announced the launch of the UAE telco sector’s first Women’s Council as part of its commitment to empowering women and, in parallel with the UAE leadership directives, to emphasise the pivotal role women have in both society and different sectors across the country.

A voice of empowerment

Hanan Ahmed, EITC Women’s Council Chairwoman, said, “The Women’s Council is representative of the growing need for diversity within our day-to-day operations and reinstates EITC as a future-facing organisation committed to bringing the UAE’s women empowerment and leadership agenda to life. Together we will form a consortium of like-minded advocates who are passionate about women’s empowerment and aligning the company’s visions to effectively promote inclusivity within the workplace, within the industry, and within the communities of our beloved country.”

Through the formation of the EITC Women’s Council, the company is in a healthier position to empower its female employees, which make up 29 percent of the company’s workforce. In addition to this, recent figures reveal that 40 percent of new recruits are female – a positive sign for EITC’s diversity growth trajectory.

Through its vision, the Council will aim to Connect, Collaborate, Learn, Communicate, Grow and Empower in order to enhance the overall performance, participation and wellness of female employees within a spirit of tolerance and inclusion. 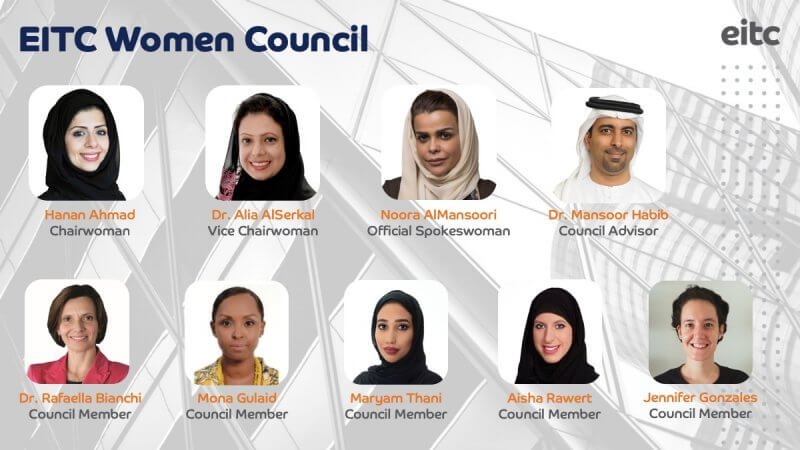 By embracing these key values, the Council will seek to support women in the workplace; generate happy and balanced employees with initiatives promoting diversity and inclusion; build a culture of collaboration; foster the next generation of female leadership across EITC; create high performing and engaged female employees; and set the trend and inspire by building a women’s support network.

The establishment of the EITC Women’s Council supports global perspectives on workplace diversity, which highlight that companies’ growing commitments to gender diversity are yet to translate into significant progress. This new initiative will also set the precedent for organisations to empower female employees across different roles and sectors.