Telecommunication Regulatory Authority (TRA) has recently released a report stating that the number of telecommunications subscribers in UAE mobile, fixed-line and data services amounted to around 23.67 million in December 2019, 120,000 up from the preceding month. 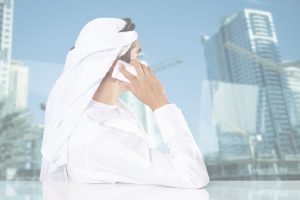 According to the report, the number of mobile phone subscribers increased to around 18.278 million in December from 18.178 million in November, which equals to 203.3 – 204.3 lines per 100 inhabitants last year , according to TRA’s figures.

Up to 3.046 million people subscribed in Internet services until December, while fixed-line subscribers hit 2.345 million, according to the TRA’s figures.