Dubai Police has encouraged the public to benefit from the ‘Drive Mode’ feature in its smart app, which enables them to avoid traffic jams and nearby accidents. 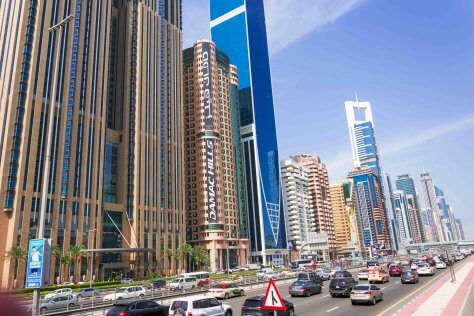 According to Duabi Police, the ‘Drive Mode’ feature has been developed by a team in its General Department of Artificial Intelligence, in line with the Smart Dubai Strategic Plan.

Brigadier Khalid Nasser Al Razooqi, director-general of Artificial Intelligence (AI) at the Dubai Police, has recently confirmed that the ‘Drive Mode’ feature, which is available for iOS and Android users, enables drivers to know the status of the roads where the application sends a notice nearby accident and traffic jams to avoid them. It also provides drivers with suitable alternative trip routes, especially during rush hours.

“The drivers can add their preferred route with a preferred time and the application will schedule a notice alert daily of accidents located on those roads. The ‘Drive Mode” also benefits students’ parents to avoid traffic and commute from and to schools in a short period of time,” he added.

Al Razooqi also pointed out that the ‘Drive Mode’ feature is one of several important features provided by the Dubai Police through its smart app to facilitate driving and spread happiness among the community.

“The public can also use the virtual reality technology to discover the most important places around them like police stations, hospitals, pharmacies, and payment centers through Dubai Police’s smart app,” said Al Razooqi.