Dubai Roads and Transport Authority (RTA) has launched a demo smart technology via iPhone only, at Rashidiya Metro Station to serve the blind people of determination using Dubai Metro services. 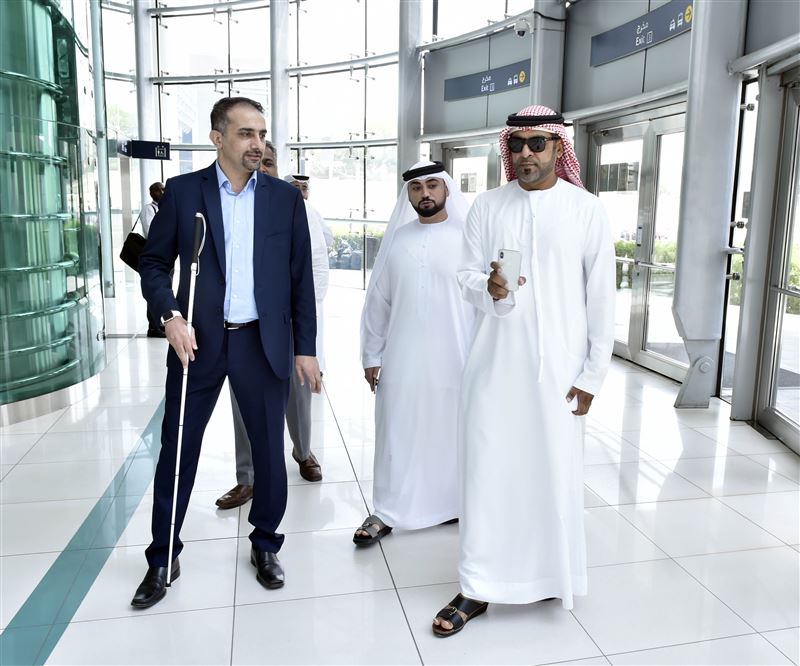 The technology requires a pre-configuration of the phone with the path of People of Determination at the metro station, starting from the entry of the station and including the ticket vending machine, nol card validation gates and finally the metro carriage. The step is the first of its kind in the region in assisting this category of metro riders.

“RTA has teamed up with a specialist technology company for the debut of this technology on a test run at Rashidiya Metro Station for a certain period. RTA will study and analyse the results and their impact on riders of this category. The technology is currently available through iPhone devices only, as they are pre-configured to operate this technology,” said Abdul Mohsen Ibrahim Younes, CEO of RTA’s Rail Agency. “The phone has to be configured in advance with the path of the blind starting from the station entry point, ticketing machine, nol gates, lift, and platform and all the way up to the metro carriage.”

“This technology is offered along with a package of benefits to the People of Determination such as converting written information into voice information including the schedules and directional signs for metro gates, stairs, escalators and station gates. The technology is compatible with the ground tactile marks. The app is easy to use, and in simple steps, it enables browsing all sections. The user can get the app content in a voice mode,” added Younes.

This step echoes the initiative of HH Sheikh Hamdan bin Mohammed bin Rashid Al Maktoum, Dubai Crown Prince and Chairman of the Executive Council to transform Dubai into a fully friendly city for People of Determination by 2020.

As such, every effort has to be made to empower and integrate this segment in the community, and develop new business avenues to assist the social engagement of People of Determination and turn them into capable, productive and innovative individuals.