Arun Khehar, senior vice president of applications, Oracle ECEMEA, gives his take on why blockchain has the potential to revolutionise various industries and provide enhanced transparency to finance. 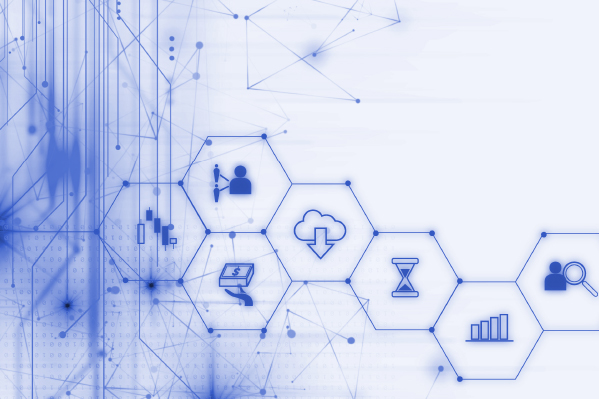 Blockchain protocol has the potential to revolutionise finance by increasing transparency and simplifying processes. Investments in this innovative technology are constantly increasing in the Middle East, and organisations in the region – from governments to financial institutions – are launching countless initiatives to develop potential applications.

Dubai announced earlier this year that it aims to become the world’s first blockchain-powered city by 2020. Why? Because its government believes blockchain will make public services more efficient and help promote entrepreneurship due to the competitive advantage it offers.

The emirate believes that real estate, fintech and banking, healthcare, transportation, urban planning, smart energy, digital commerce and tourism will all be major beneficiaries of blockchain.

Mohammad Abdullah Al Gergawi, managing director of Dubai Future Foundation, argues that blockchain will result in substantial economic savings that can be reinvested in value-added sectors and will contribute to saving millions of hours wasted in entering data and ensuring its veracity.

Dubai’s government believes its blockchain strategy has the potential to generate 25.1 million hours of economic productivity each year in savings, and will help it achieve its goal to be paperless in 2020.

This is quite an achievement given that less than 10 years ago, most people hadn’t heard of blockchain.

It all started in 2008, during the middle of the credit crisis. Amid general distrust in banks and a desire to run the finance industry differently, software developer Satoshi Nakamoto (whose identity remains unknown to this day) unveiled a new digital currency, Bitcoin, powered by a new type of decentralised technology called blockchain.

Blockchain is best described as a mutually distributed ledger. All the records of the ledger, known as blocks, are written continuously, chronologically and publicly on the database, which means the system is potentially safer and more efficient than previous transactional systems.

“The major forces driving the blockchain market are transparency and immutability, and reduced total cost of ownership,” Marketsandmarkets says. “The blockchain market is growing rapidly because of the high adoption of this distributed ledger technology across various applications such as payments, smart contracts, exchanges, digital identities, and documentation.”

It could make processes like reconciling inter-company accounts and resolving financial disputes with a client or vendor much easier. It could help CFOs plan better, as they would not have to wait for a payment to clear or set aside collateral to cover counterparty risk.

Blockchain can basically ease finance. In cross-border payments, it could be used to replace the traditional SWIFT network and cut transaction fees significantly. It offers a convenient way to send money cheaply and efficiently, to facilitate remittance flows.

Janina Lowisz, Bitcoin remittance platform Cashaa’s chief marketing officer says, “Blockchain technology enables fast, cheap and frictionless processes within organisations, and between organisations and their partners, through near real-time settlement, improved information sharing, reliable tracing of any document or other item, instant proof of any part of a process occurring and with less chance of error and fraud.”

This is the core proposition of smart contracts – computer protocols that can self-execute contractual agreements – thereby automating the entire agreement process. In businesses with heavy supply chains, the benefits in terms of efficiency and costs could be immense.

However, adoption by finance professionals is currently very slow. An Oxford Economics global survey of CFOs and finance executives released in April 2017 showed that only 7 percent of finance executives currently rate blockchain as an important core technology to their finance function’s successful performance.

As with any new and disruptive technology, there is always a lot of skepticism to start with. However, as the internet has taught us, only the companies that embrace change will succeed in the long term.