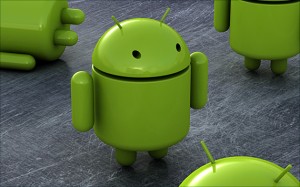 Five years after its inception, Android is more dominant than ever in the smartphone OS market, despite facing a number of challenges along the way.

Android has endured legal battles, platform fragmentation, security issues and user complaints over upgrade delays. But none of these issues has so far seriously impacted its market share and sales, which reached record levels during the third quarter. A total of 136 million Android-based smartphones shipped around the world, giving Google’s OS a 75 percent market share, according to IDC.

“The decline of RIM, lack of Windows Phone sales and the late launch of the iPhone 5 all had a positive impact on Android sales and market share,” said Francisco Jeronimo, Research Manager at IDC.

Apple’s iOS was the second largest operating system with a 14.9 percent market share.

“People say that the fragmentation is a mess, and there is some merit to that argument, but it is also indicative of Android’s success,” said Geoff Blaber, who leads the mobile device software research at CCS Insight.

The patent wars continue to be a threat to Android’s future, and the nightmare scenario is increasing the costs of developing phones based on the OS.

“If suddenly you have got a whole lot of IPR [Intellectual Property Rights] issues and you’ve got to pay Apple half of your profits, everyone is going to say, perhaps I am not going to support Android anymore and maybe I’ll go with Microsoft instead,” said Mobile Analyst Richard Windsor, who blogs at Radio Free Mobile.

Android was unveiled on Nov. 5, 2007, when Google, T-Mobile, HTC, Qualcomm and Motorola and almost 30 other companies joined forces to announce the development of the open source OS.

About two years earlier Google had acquired Android, the company, whose co-Founder Andy Rubin is still in charge of developing the operating system. It took another year before the first smartphone — the T-Mobile G1 — arrived. Android’s success wasn’t immediate, but by the end of 2010 it had become the most popular smartphone operating system.

Android’s impressive ascent is due to several factors.

“Android’s timing was perfect in that the iPhone had reset expectations, but that was specific to one product and the carriers needed a counter to Apple’s success. At the same time Symbian was struggling,” said Blaber.

The cost of using the operating system also helped, according to Windsor.

“One thing that galvanised everyone to, at least, consider it was the fact Android was freely available,” Windsor said.

That meant not having to pay for a software license, and the possibility to “hack the code to pieces,” he added.

Also, the user interface looked a lot like the iPhone, which meant vendors could offer a similar user experience at a much lower cost, according to Windsor. In the end, the market was wide open and Google went in and took it, he said.

However, breaking Apple’s domination in the tablet market has proven much more difficult. Products like the Motorola’s Xoom family and HTC’s Flyer failed, while Samsung Electronics has seen some success with its Galaxy Tab family.

Recently, though, the Android camp has started to make some headway.

Sales of 10.2 million units during the third quarter this year were enough to increase its market share to 41.3 percent, compared to 29.2 percent a year ago, according to Strategy Analytics. At the same time Apple’s share dropped from 64.5 percent to 56.7 percent, the market research company said.

No single Android vendor comes close to Apple in volume terms at the moment, but the collective weight of dozens of hardware makers, such as Asus and Samsung, is helping the Android platform to grow its share.

Amazon helped usher in the current generation of low-priced Android-based tablet with the Kindle. But its sales have been fading in the last few quarters, Mawston said. Now the company is hoping to make up some lost ground during the last three months of 2012.

But this year’s holiday season is lining up to be more competitive than ever for the tablet vendors, and Android will again have to prove itself.

Consumers can choose between the new Google Nexus 10 tablet and an upgraded Nexus 7, as well as Apple’s new iPad mini, Amazon’s new Kindle tablets and all the products based on Microsoft’s Windows 8 and Windows RT.

“Competition is going to be intense,” said Mawston.

Android’s current dominance is in large part due to Samsung Electronics, while long-time Android supporters HTC and Google-owned Motorola Mobility and others are struggling to find their footing.

HTC’s current woes are the best illustration of how difficult it is to compete with Samsung and its Galaxy family.

“The HTC One X is a great product, but it was obliterated when Samsung launched the Galaxy S III,” said Blaber.

HTC, maker of the first Android-based smartphone, saw unit sales drop to 7.3 million during the third quarter, compared to 12.7 million a year ago, according to IDC. That helped drive down

But just like when Android was born, there aren’t a lot of smartphone OS alternatives at the moment.

“That is the quandary a lot of phone manufacturers are finding themselves in,” said Blaber.

Windows Phone could be that alternative, but has yet to prove itself as a viable competitor. That could change in the fourth quarter, when multiple Windows Phone 8 smartphones will go on sale, according to IDC.

But breaking Android’s dominance won’t be easy. In every year since the first phone was launched, Android has outpaced the market and taken market share from the competition, according to Ramon Llamas, research manager at IDC. 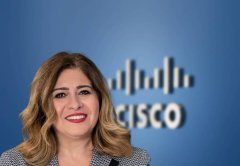 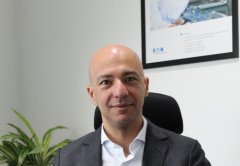 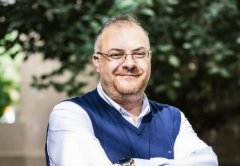