In order to be maximally effective, it remains important for businesses to optimise IT, so that employees have to spend less time on IT processes that are not part of their core tasks, says Taj El-Khayat, regional director, Citrix, Middle East and North Africa (MENA). 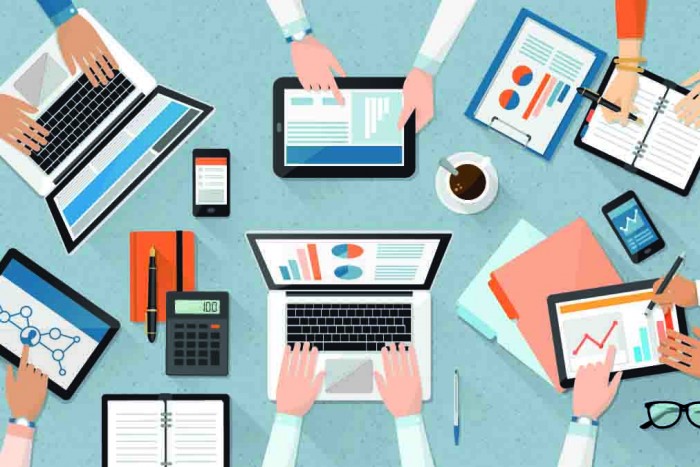 More and more experts and leaders in the industry are arguing for a new focus on productivity, instead of technology. At the Citrix Synergy 2018 event in Anaheim, California, guest speaker, Dr. Condoleezza Rice, US Secretary of State under George W. Bush and now a professor at Stanford University, said, “Technology is not good or bad. It is neutral. The question is how it is applied. Sometimes innovation in technology does not go hand in hand with wisdom.”  This is true when it comes to the growing complexity of the IT landscape – we want everything at once and IT is trying to deliver it all. However, the user experience is getting worse and the business risks are increasing. Citrix CEO David Henshall called it the ‘Productivity Paradox’, he calculated that an estimated 800 to 1,000 US dollars per user per year is lost due to inefficient IT processes. As technology advances, cybersecurity is becoming more and more complex.

Condoleezza Rice mentioned three issues in Anaheim that, according to her, are crucial in getting cybersecurity under control: better cooperation between government and industry, more IT expertise at the board tables and ‘a solution for human error’. Michael Lewis, author of management bestsellers such as Moneyball and The Big Short, was also a guest speaker and stated, “We believe that people are capable of making rational and sensible decisions, but in reality, this is not the case.”

In his research, Lewis discovered that even highly experienced experts, whether they are CEOs, pilots, sports managers or police officers, can and will make avoidable mistakes under the right conditions. For example, people are strongly influenced by prejudices and erroneous extrapolations from previous experiences. Analysis of hard data regularly appears to lead to fundamentally different conclusions.

Human judgment is coloured, and according to Lewis that is inevitable and cannot be remedied. In order to be maximally effective, it remains important to organise IT in such a way that people can choose how they want to work with IT, instead of IT dictating the ‘right’ way to use it.

What is possible is to optimise IT, so that employees have to spend less time on IT processes that are not part of their core tasks. Those who have access to the right data can automate many of these processes using machine learning, which not only leads to a better user experience and higher productivity, but can also make an important contribution to, for example, cybersecurity. Solutions such as Citrix Analytics are already available to detect suspect traffic and behaviour within the company network, so expensive and scarce cybersecurity experts only have to concentrate on the exceptions that cannot be solved automatically.

Data analysis helps people make better decisions. In that context, Michael Lewis issued a warning in his speech. His book Moneyball shows that even (or perhaps precisely) very experienced managers still like to rely on their lower abdomen, while data analysis regularly leads to conclusions that are diametrically opposed to this. At the same time, Lewis also concludes that human involvement remains necessary, “because you never know what the model does not know”. It is precisely data that are not included in the model that can sometimes have a decisive influence on the outcomes – such as whether a top athlete is susceptible to depression or a drug addiction. Hackers looking for sensitive data are even actively looking for the exceptions that fall outside the analysis model, in order to circumvent automated detection.

The challenge for IT is considerable. On the one hand there is a great need to keep IT manageable and safe. On the other hand, productivity and user experience need to be increased. Data analysis, machine learning and artificial intelligence are crucial tools that will help us achieve both goals. But, as Michael Lewis warned during Synergy, that will only work if we acknowledge our shortcomings and embrace our fallibility. IT is only tools that are as good as the hand that handles it. We will therefore have to free these hands. We should be less concerned with how technology works and more with how we can use it for innovation.