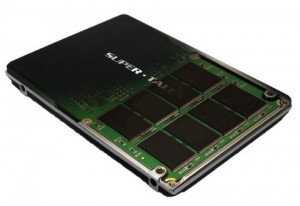 Welcome to the dawn of the SSD age. Solid-state drives now offer great performance at affordable prices, which is why more and more users are choosing them in new PCs and adding them to older ones.

I’m a big fan myself, but I want to share a cautionary tale. About six months ago, an acquaintance of mine installed an SSD in his laptop. Initially, he was delighted: the drive helped his system boot faster and run longer between trips to the wall socket.

Then, one day, out of the blue, the drive died. No clicking, no “imminent failure” message, no warning of any kind – just a dead drive.

It’s under warranty, but so what? He has a laptop that won’t boot and data he can’t access.

Now, I’ve encountered a few failed (or failing) hard drives in my day, but all of them were traditional, mechanical models. In most cases I was able to rescue my data using various conventional methods: booting from a Linux flash drive, pulling the drive and connecting it to another PC, and so on.

But for the most part, a dead SSD is a dead SSD. If you’ve ever had a flash drive go bad on you, you get the idea. It’s not just corrupted data, which is often recoverable; it’s simply a hardware failure. And unless you’re willing to pay for a professional data-recovery service like DriveSavers, you’re outta luck.

That’s why I make this recommendation to anyone using an SSD for the first time: Make regular back-ups (actually, I recommend that to everyone, but it’s especially important with SSDs). Keep an external hard drive on hand for local archiving, and take advantage of cloud services for secondary protection.

Remember: The data you save could be your own.