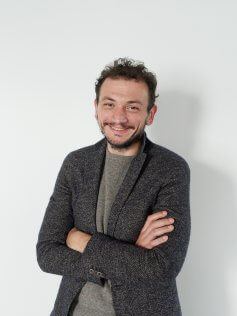 Dataiku has established itself as the world’s leading platform for Everyday AI since its inception in 2013.

The AI and machine learning company has declared that it is in the business of ‘democratisation’.

Essentially, what that means in a nutshell is the company is driven to empower everyone within an organisation to harness, understand and utilise the data at their disposal.

Dataiku claim that their platform provides ‘accessibility’ to data for everybody within an organisation, it is no longer an exclusive club for data scientists and analysts.

I began the conversation with Dataiku’s Gregory Herbert, onsite at their Everyday AI conference in at Tobacco Dock, London, by asking him what barriers are standing between the real democratisation of data at scale.

According to Herbert, the veil surrounding accessibility has in many cases been eradicated, however, establishing use-cases is the key to enabling greater democratisation within enterprises.

“When we engage and talk to our customers it has now become quite clear that the barrier regarding the accessibility of data for people within organisations has been removed. The data is still governed and secured, but most of our customers have invested significantly in infrastructure to make that data available. However, the challenge now is to determine, document, and map the issues being experienced by employees daily to turn that into a fully-fledged use-case that can be augmented with data,” said Herbert.

Herbert acknowledged that data literacy levels within companies are naturally very varied and claimed that many employees will need to be coached.

He highlighted the key role being played by ‘data translators’ in bridging this data knowledge divide.

“There will be individuals within the company that have the skillset to know how to accelerate and infuse their business with more data – but the rest of the employees will need to be coached. We are talking to a lot of customers now that are creating specific teams that are called ‘data translators’, or data ambassadors. They sit within the organisation to match the business pains and challenges with what is possible with data. To be frank, it’s all about building the right operating model within the organisation. It is critical to move away from a very centralised organisation when you have a data scientist building the models for everyone to consume,” said Herbert.

The conference held by Dataiku at London’s Tobacco Dock was entitled ‘AI Everyday’ but it’s a concept that is quite broad and could be viewed by some as quite vague.

‘AI Everyday’ is a concept and mission statement that is being driven by Dataiku, but what does AI Everyday really mean?

“AI is the ability for everyone to use data to make better decisions, or to automate business processes. Once you provide datasets that again are secured and governed, then people will use analytics to make better decisions in real-time. It’s important to highlight that many businesses still rely on their own judgement and experience to make decisions, but that is not conducive to running a successful business in the new digital economy,” said Herbert.

He added that once businesses better understand how to utilise the data any skepticism towards AI is diminished and replaced with trust.

“Once there is that trust established with the data and the algorithm then you will see a real acceleration in terms of the day-to-day business operations being completely transformed. Businesses will start delegating repetitive tasks to AI, which in turn empowers workers, and that is what I mean when I say automating business processes. This is Everyday AI. It is essentially all about providing data to everyone and giving them the ability to harness the power of data to make better decisions,” said Herbert.

Herbert also pointed out the challenge that still exists when it comes to unstructured data – and highlighted how Dataiku’s platform allows businesses to centralise all their data, which inevitably makes it easier for employees to access.

“Dataiku is providing enterprises with the ability to be a central hub, which is essentially a layer that comes on top of any data infrastructure. However, the fact remains that across many organisations data is still unstructured, sits in different systems and is very siloed. However, a tool like Dataiku enables everything to be centralised, and it allows businesses to think more about the models that they want to build. Dataiku also provides tutorials on highly configured algorithms to help people start to build the data models that are going to help them make better business decisions,” said Herbert.

CNME was then granted access to speak to Dataiku founder and CEO Florian Douetteau.

Their Everyday AI conference coincided with the announcement of new updates to their Dataiku 11 platform.

When asked about the new capabilities added to their platform, Douetteau stated that he wanted Dataiku to be the platform where users can do everything data-related, but more importantly operate in a space that was traditionally occupied by data scientists.

“We have continued to add new capabilities to the platform in a visual way to enable our users to do more with their data. We are in the business of empowerment. Some of the new capabilities that have been onboarded are based-around computer vision, and business truths – which allows business users to really implement the data without seeking guidance or support from data scientists,” said Doutteau.

The CEO of Dataiku also pointed out that whilst their platform is all about accessibility, he did stress that they have always been conscious of the fact that they want data scientists to be able to leverage the power of the platform, and not to be excluded from the journey.

“As a company we have always been very careful in our efforts to make sure that data scientists can still use Dataiku as their data platform We have integrated more and more open-source technologies, and that really enables data scientists to leverage our platform as a way to focus on what they do best, such as embarking upon technical projects, or building reusable components and supporting the overall business the way data scientists should do,” said Douetteau.

Douetteau also spoke about the new capabilities that had been added to the platform in terms of governance, which he believes foster an environment that ensures AI is used responsibly.

“We have added in new capabilities around governance, and there has been a lot written on the topic of responsible AI. It’s not just about building more AI, it is about building AI that is scalable, and allows users to understand the performance of AI, the bias of AI – and ultimately who is responsible for AI. The capabilities that we have added in governance allows users to keep track of your projects and models through tracking and signing off capabilities,” said Douetteau.

Another key element in the armor of Dataiku is their partnership with Snowflake.

Again, the collaboration is geared towards accessibility through the centralisation of data.

“Our partnership with Snowflake is a very important collaboration for us. They have evolved over the years and have been engaged with us in terms of the integrations that we have made to the platform. It enables our customers to push down more and more computation to Snowflake, and that has only served to enhance their machine learning capabilities. We see more and more traction of our platform alongside data warehouses because we believe that data warehouses are de facto replacing existing on-prem data warehousing, which reducing the costs and increases the amount of information that is available,” said Douetteau.

He concluded an excellent interview by saying it was now realistic and not overly ambitious for every organisation to be able to access most of their data.

“The way I see it, we are now living in a particular moment where it is achievable for every organisation to have 80-90% of their data to be accessible and centralised – and are partnership between Snowflake is ultimately fueling this movement which is creating so much accessibility,” concluded Douetteau.