CASIO has announced the UAE launch of the Pro Trek WSD-F20A, a new smartwatch built specifically for the outdoors. The new model is being offered exclusively by Sharaf DG for a limited time period only and can be pre-ordered starting August 16, 2018 with an expected delivery date of August 30, 2018, said the firm. 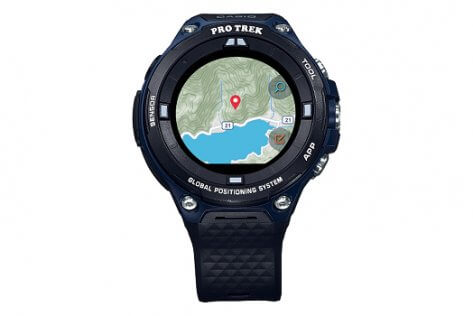 According to the company’s senior executives, the Pro Trek WSD-F20A, is CASIO’s second Wear OS (Android) smartwatch model, which has been carefully designed and developed to meet the demands of more serious outdoor applications. The new unit also offers a built-in GPS (which you can access even when in offline mode) and a compass-tested to meet military specifications with water resistance of up to 50 metres. The Pro Trek WSD-F20A is lightweight and is made of highly durable resin parts and designed with a simple button layout that is easy to operate. The smartwatch can also connect to any Android compatible device, which allows users to utilize applications like an exercise timer, Equilab, Ski Tracks and even fun games like Zombie Run and Fishbrain.