Samsung announced its 2018 TV plans today at an event in New York. Amid the usual overwrought language (including phrases such as “magical” and “passion point”), polite applause, and forced enthusiasm, there appeared some fairly interesting news about new products and improvements to the company’s already great TV technology.

The microLED (like OLED, but non-organic and longer lived) “Wall” TV previously announced at CES in January will reach stores in August. Like OLED, mLEDs are self-emitting, so they can be used in any size or ratio display. The other new offering to arrive this year will be the Q9S 8K UHD TV, with resolution of 7,680 by 4,320 pixels. Intelligent upscaling is said to deliver at least some of the benefits of the TV’s higher resolution using lower-resolution content. Look at it this way: It’s bound to be better than stupid upscaling. 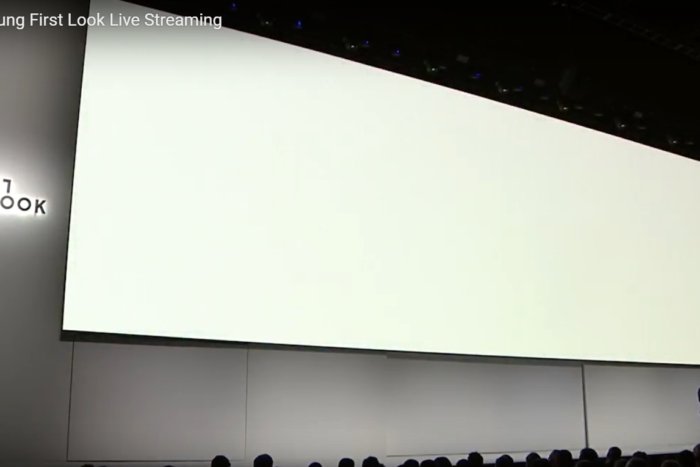 There was mention of providing 100-percent color volume, of course, without telling us which color space it’s 100 percent of (Samsung has since informed us that it is 100 percent of the DCI P3 color space, which is significantly narrower than the REC. 2020 color space.). Also hyped was the world’s most advanced HDR, which we’re assuming (because Samsung didn’t say) is the new HDR10+ with dynamic metadata. If Samsung is going to do anything with Dolby Vision, it was not mentioned.

Four new soundbars were announced, including the HW-N950, with front- up-, and side-firing speakers for 7.1-channel surround (Dolby Atmos), which was played up as the perfect accompaniment for the new QLED line. Said QLEDs will be available in sizes from 65- to 88 inches.

The second longest demo of the presentation was for “Ambient Mode,” which is a fancy term describing using an image capture of the TV’s surroundings as screen wallpaper, to make the TV disappear into said surroundings. This is clever, and it looks quite good (see below). Samsung will also push content onto your display, such as weather forecasts, news updates, and the like, transforming your otherwise inactive TV into a large digital ticker-tape machine. 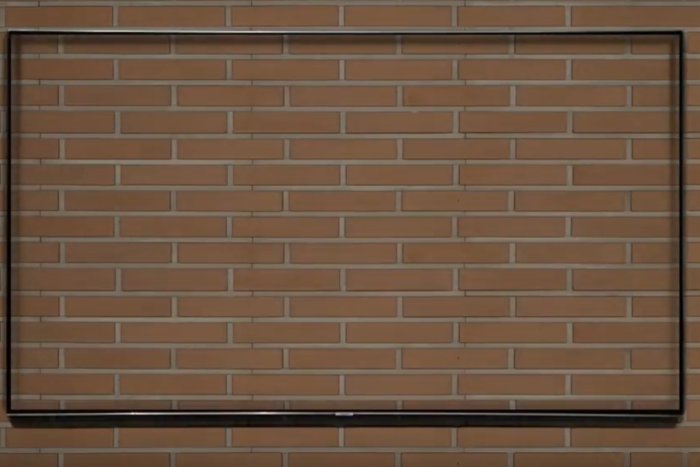 A Samsung QLED TV “disappearing” using photo recognition camouflage that was implemented as we watched the presentation. It’s really kind of cool, if a waste of energy.

Which brings us to another piece of news: Samsung’s partnership with the New York Times, as announced by Mark Thompson (ex- of the BBC), to push news onto QLED series TVs. Of more importance, Samsung announced that the QLED’s One Connect feature, which uses a single cable to route all the signals from a breakout box containing all the ports now carries the power. Yup. One cord to rule them all, or more to the point, only one cable running to a QLED TV.

The rather thin “One Invisible Connection” cable can be up to 15 meters in length (that’s nearly 50 feet) and can be neatly tucked away in carpet crevices and the like.

There was also discussion of the SmartThings app and SmartThings Cloud, which allow you to do things like set up your TV apps using your phone, control smart devices such as Samsung’s Robovac, and continue viewing the movie you were watching on the train, before a mugger stole your phone, when you get home. Cool.

The company also discussed its Knox (as in Fort, I assume) cyber security, which is the company’s initiative to patch what was one of the least-secure TV operating systems in the business.

Ignore my poor attempts at humor (and fear of a connected future). Samsung announced some significant and welcome improvements to what are quite arguably the best TVs on the market. When we have the details on the actual technology we’ll get back to you.