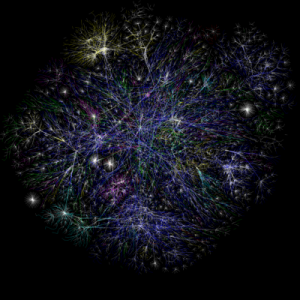 Security vendor Prolexic found that attackers are increasingly using the protocols for what it terms “distributed reflection denial-of-service attacks” (DrDos), where a device is tricked into sending a high volume of traffic to a victim’s network.

“DrDos protocol reflection attacks are possible due to the inherent design of the original architecture,” Prolexic wrote in a white paper. “When these protocols were developed, functionality was the main focus, not security.”

Government organisations, banks and companies are targeted by DDoS attacks for a variety of reasons. Hackers sometimes use DDoS attacks to draw attention away from other mischief or want to disrupt an organisation for political or philosophical reasons.

One of the targeted protocols, known as Network Time Protocol (NTP), is used in all major operating systems, network infrastructure and embedded devices, Prolexic wrote. It is used to synchronise clocks among computers and servers.

A hacker can launch at attack against NTP by sending many requests for updates. By spoofing the origin of the requests, the NTP responses can be directed at a victim host.

It appears the attackers are abusing a monitoring function in the protocol called NTP mode 7 (monlist). The gaming industry has been targeted by this style of attack, Prolexic said.

Other network devices, such as printers, routers, IP video cameras and a variety of other Internet-connected equipment use an application layer protocol called Simple Network Management Protocol (SNMP).

SNMP communicates data about device components, Prolexic wrote, such as measurements or sensor readings. SNMP devices return three times as much data as when they’re pinged, making them an effective way to attack. Again, an attacker will send a spoofed IP request to an SNMP host, directing the response to a victim.

Prolexic wrote there are numerous ways to mitigate an attack. The best advice is to disable SNMP if it is not needed.

It is used as a debugging tool since it sends data back regardless of the input. But Prolexic wrote that it “may allow attackers to craft malicious network payloads and reflect them by spoofing the transmission source to effectively direct it to a target. This can result in traffic loops and service degradation with large amounts of network traffic.”

CERT recommended at that time to disable any UDP (User Datagram Protocol) service such as CHARGEN if it isn’t needed.