Amazon is delaying the opening of its cashier-less ‘Amazon Go’ shop because of technical issues, according to The Wall Street Journal. 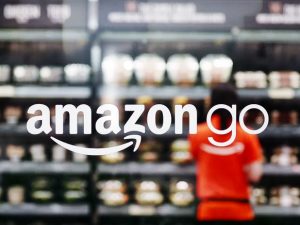 The shop was scheduled to launch in Seattle at the end of March. but the payments technology needed to replace employees at checkout is apparently not working properly. According to un-named sources, the new shop can’t handle tracking more than about 20 people at the same time, and cannot cope “if an item has been moved from its specific spot on the shelf,” the paper writes. This is an unwelcome snag in Amazon’s wider plans to tackle the grocery space — both online and offline.

The shop is just one of the brick-and-mortar formats Amazon has been planning to boost its grocery sales. The e-commerce giant is reportedly opening a click-and-collect grocery shop, AmazonFresh Pickup, also in Seattle. In addition, Amazon may have a third, larger shop format in the works. This format could employ robots to pick up staples and household goods on an upper level, while allowing shoppers to pick out produce, dairy, and meat on the first floor.

Online grocery is still only a small fraction of the wider market in the US, so if Amazon wants a successful grocery arm, it will need to open brick-and-mortar stores. The portion of US households that bought food online was about 23% in 2016, according to the Digitally Engaged Food Shopper Study by Nielsen and the Food Marketing Institute. Additionally, consumers still want to see and feel products they are buying — a particularly important factor in purchasing groceries. This means that for Amazon to gain a foothold in the grocery segment, a physical presence will be crucial.