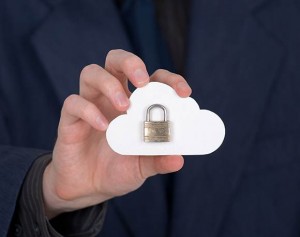 Amazon Web Services (AWS) is looking to expand its security offerings with hosted intrusion protection appliances and more extensive encryption features, as it looks to increase the level of protection users can get in its cloud.

For Amazon, proving its cloud computing platform can offer the same level of security as traditional hardware and software has been an ongoing challenge.

That it’s difficult for companies to meet their existing security requirements in the cloud is a common misconception, according to Stephen Schmidt, chief information security officer at Amazon Web Services.

“For example, they are concerned about access control; network perimeter device control; and the ability to construct networks in ways that are consistent with their particular compliance or enforcement requirements. In most cases we find that not only can they do what they are doing right now in the cloud, but have more granular controls,” Schmidt said.

There is also a misconception about separation of computing resources in the cloud, according to Schmidt.

“Some people have written academic papers that say it is theoretically possible to, for instance, have maybe a side-channel between hypervisors … where you could pass information between virtual machines. The important thing about that is that those are academic papers set in a laboratory environment, as opposed to in the real world,” Schmidt said.

The Virtual Private Cloud service, which lets users configure a logically isolated section of Amazon’s cloud, completely negates that threat, according to Schmidt.

The company is now working with partners to let enterprises move security appliances to the cloud, including virtual appliances for intrusion detection and prevention. The move to the cloud will be a boon for enterprises that are concerned about denial-of-service attacks that rely on using a lot bandwidth, according to Schmidt.

“Obviously individual companies can’t afford to have the kind of connectivity to the Internet that we can. Furthermore, they don’t necessarily have the network expertise to mitigate large scale attacks whereas we do,” he said.

Amazon will expand on the ways encryption can be used to help protect information, as well

“I think in the short term you’ll see us enabling encryption on smaller and more granular pieces of data,” Schmidt said.

Amazon’s road to improve encryption functionality has already started with the recent addition of Oracle Transparent Data Encryption to its Relational Database Service (RDS), and with the introduction of CloudHSM, a service that uses a separate appliance to protect cryptographic keys used for encryption.

“You can see there is a theme here. Give the customers the tools to create an encryption infrastructure that allows them to ensure only the people they want to, whether it’s in their organization or ours, have access to that data,” Schmidt said.

A key part of Amazon’s security efforts has been getting various kinds of certifications.

For organizations where compliance isn’t a must then certifications, including ISO 27001, still work as a way for them to understand how Amazon practises security, according to Schmidt.

One certification Amazon is still working on is Federal Risk and Authorization Management Program (FedRAMP), a government program that aims to standardize security assessment, authorization, and continuous monitoring for cloud services, according to Amazon.

“It is an evolving process. The U.S. government hasn’t quite decided what it wants to do with FedRAMP, and it keeps changing some of the evaluation criteria, but hopefully that will be settled soon because we are really looking forward to that one,” Schmidt said.

Government organizations and agencies can rely on FedRAMP instead of doing their own evaluations, resulting in cost savings and uniform evaluations. Today some organizations are more capable of performing a good review than others are, but the FedRAMP program will iron out those differences and raise the security bar across the government space, according to Schmidt.