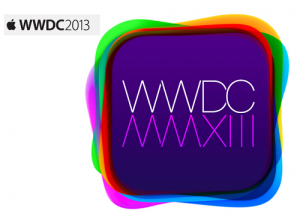 Apple set a record today by selling out its annual developer conference in under three minutes.

The $1,599 tickets for the Worldwide Developers Conference (WWDC) went on sale today at 10 a.m. PT, but within minutes – some Twitter estimates had it as few as one, others reported as many as three – the confab was sold out.

Last year, buyers snapped up all WWDC tickets in about two hours, a major acceleration from 2011, when Apple exhausted supplies in 12 hours, and 2010, when tickets were available for eight days.

Apple’s sell-out beat that of Google’s I/O conference, which took nearly an hour — more than twice as long as 2012 — to run through its ticket supply last month. Google I/O will take place May 15-17 in, like WWDC, San Francisco’s Moscone Center.

Microsoft’s BUILD conference, which will also use Moscone as its venue June 26-28, required nearly 24 hours to deal out all tickets three weeks ago.

Apple has said little about WWDC – it has yet to post the agenda and session descriptions, for example – other than the obvious: That it will focus on the next versions of iOS and OS X, its mobile and desktop operating systems.

Developers will also receive previews of both iOS and OS X at WWDC, Apple’s chief of marketing said in a statement Wednesday.

Although WWDC has filled up, registered Apple developers will be able to access off-site, on-demand videos of all sessions.