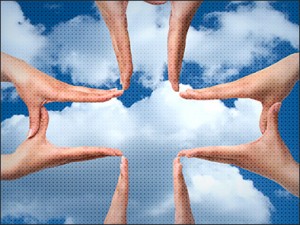 Software AG has picked up cloud PaaS (platform-as-a-service) vendor LongJump in a bid to give small and medium-sized companies a way to rapidly develop applications with less involvement from IT. Terms of the deal, which was announced Thursday, were not disclosed.

LongJump’s platform gives users a set of models and templates for building applications, with no need to code, according to Software AG’s announcement. Applications can be deployed on public and private cloud services, as well as on premises and through mobile devices.

LongJump uses open-source components such as the MySQL database and Tomcat application server under the hood, according to its website. It offers customers a hosted version through servers at Rackspace, but also provides the ability to self-host in the data centre or cloud service of their choosing.

Customers are also able to “white-label” the LongJump platform, applying their own branding and design to the core components, according to the site.

One notable LongJump user is AT&T, which rolled out a LongJump-powered PaaS service in 2011. Other LongJump customers include Nielsen, Gannett and Cisco.

Software AG will reveal details of how LongJump’s technology will be woven into its middleware portfolio “in due course”, according to Thursday’s announcement.

The deal comes in the same week as the high-profile launch of EMC and VMware’s Pivotal, a PaaS venture aimed at enterprises.