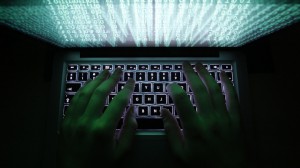 A 35-year-old Dutchman was arrested Thursday in Spain, as part of an investigation into a large-scale DDoS (distributed denial-of-service) attack that targeted a spam-fighting organisation called the Spamhaus Project in March.

The suspect was arrested by Spanish authorities in Barcelona based on a European arrest warrant and is expected to be transferred to the Netherlands soon, the Dutch Public Prosecution Service said Friday in a press release.

The March DDoS attack against Spamhaus is noteworthy because of its very large scale and because it reportedly affected several Internet exchange nodes in Europe.

Several sources, including CloudFlare, a San Francisco-based company that hosted Spamhaus’ website on its content distribution network, said at the time that the attack’s bandwidth peaked at over 300Gbps, making it the largest DDoS attack in history. However, the attack’s initially reported size was later challenged by other companies.

A group called the Stophaus Movement, whose members include companies and individuals flagged as spammers by Spamhaus, took credit for the attack.

The Dutch Prosecution Service did not reveal the full name of the suspect arrested Thursday in Spain and only referred to him by his initials, S. K., for privacy reasons.

“He is suspected of a wide range of computer crimes,” said Wim de Bruin, a spokesman for the Dutch Public Prosecution Service. Among them is launching a DDoS attack against Spamhaus, which is a criminal offense under Dutch law.

According to a source familiar with the investigation, the man arrested is Sven Kamphuis, who acted as a spokesman for the Stophaus Movement following the attack in March. However, at the time, Kamphuis denied his personal involvement in the attack and said that it was launched by Stophaus members from China and Russia.