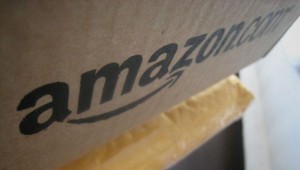 Amazon is keeping busy as the e-retailing company is reportedly prepping to release four new tablets and a smartphone.

Amazon is working with manufacturer Foxconn to create the smartphone, according to a Bloomberg.com report that cited two informed sources. Last November, an analyst at Citigroup said that an Amazon smartphone was in the works.

If the reports are true, Amazon would compete against a flooded market that saw nearly 400 million smartphones shipped in the first quarter of 2012, according to IDC. The top selling phones in the period were Android-based smartphones from Samsung and Apple’s iPhone.

Four new Amazon Kindle Fire tablets are also set to go into production in August or later this year, according to an NPD DisplaySearch analyst who cites unnamed components suppliers.

Currently, Amazon offers the original 7-in. Kindle Fire for $199.

Shim didn’t any share pricing plans for the coming upgrades in his report. The sub-$200 price-point is considered ideal by many manufacturers, and Google’s first tablet, the Nexus 7, is set to go on sale in mid-July for $199. Meanwhile, Apple’s component suppliers are also reportedly set to start producing an iPad tablet that’s smaller than the $499, 9.7-in iPad that held a dominant 60% share of the global tablet market in September.
Shin told CNET that Amazon is planning to start production of three 7-in. Kindle Fire 2 tablets with different features.

Google’s Nexus 7 has a 1280 x 800 display resolution while the Retina display on the third-generation iPad has a 2048 x 1536 resolution.
The screen in the latest iPad has a resolution of 264 pixels per inch (PPI), which is ahead of the 216 PPI in the Nexus 7 and the planned next-generation Kindle Fires. The original Kindle Fire’s PPI was estimated at 170.