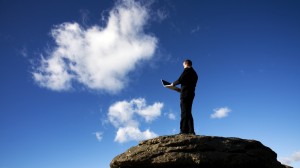 Users can now create and populate an entire Virtual Private Cloud (VPC) using a single CloudFormation template, according to Amazon.

The VPC service has been around for a couple of years, and allows users to create an isolated section of Amazon’s cloud where they can launch resources in a virtual network defined by themselves, including public subnets, private subnets, and hardware VPN access.

With CloudFormation, users don’t have to figure out the order in which AWS services need to be provisioned or how to make dependencies between them work, according to Amazon.

CloudFormation templates are JSON (JavaScript Object Notation) formatted text files. JSON is based on a subset of JavaScript programming language. It is both easy for humans to read and write and for machines to parse and generate, according to Json.org.

To help developers and systems administrators get going, Amazon has created two sample templates to show how they are constructed. The first template creates a VPC with a single EC2 instance, and the second rolls out a VPC with public and private subnets, an Elastic Load Balancer, and an EC2 instance, according to a blog post on the new capability.

There is no additional charge for using CloudFormation or Virtual Private Cloud. Companies that create a hardware VPN connection to their VPC using a VPN gateway, are charged US$0.05 per hour it is provisioned and available, according to Amazon.