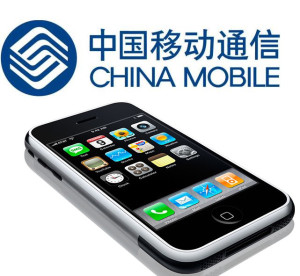 Apple yesterday signed a deal with China Mobile which could see it offer the iPhone to over 760 million Chinese customers from January.

The company already sells its phones in China through two other carriers in the country – China Telecom and China Unicom – but a deal with China Mobile, the largest in the country, had eluded it for some time. One reason is that China Mobile uses a different wireless telecommunications standard from its competitors.

As part of an agreement announced Sunday, Apple’s iPhone 5s and iPhone 5c will be available from China Mobile and Apple retail stores in China from Jan. 17. Preregistration of the phones will begin on the carrier’s website and through its customer service hotline from Wednesday.

The pricing of the iPhone 5s and iPhone 5c for China Mobile will be available at a later date, Apple said in a statement.

Apple’s share of the Chinese smartphone market reached 8 percent in the third quarter, according to research firm Canalys. Samsung Electronics was the largest player with a 21 percent market share, followed by Lenovo with 13 percent.

China issued 4G licenses in December to three local carriers including China Telecom, which has been deploying base stations across the country using a 4G technology known as LTE TDD (Long-Term Evolution Time Division Duplex). Apple had been unwilling previously to support China Telecom’s TD-SCDMA (Time Division Synchronous Code Division Multiple Access) 3G network technology, but on Sunday it announced that the iPhones would run on both the 4G TD-LTE and the 3G TD-SCDMA networks.

China Mobile’s 4G services will be available in 16 cities including Beijing, Shanghai, Guangzhou and Shenzhen by the end of this year, according to a joint statement by the two companies. By the end of 2014, China Mobile plans to complete the rollout of more than 500,000 4G base stations, which will cover more than 340 cities with 4G service, it added.

Apple added in September NTT DoCoMo, Japan’s largest carrier, to its list of customers for the iPhone.