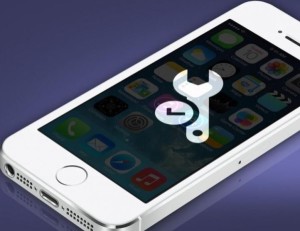 Apple says it will fix a bug in the iOS 7 operating system that has caused some iPhones to crash.

Some users have complained about the problem since iOS 7’s introduction last September, saying their iPhones shut down without warning. Some social media comments have compared the flaw to the infamous Windows “blue screen of death.”

Now help is apparently on the way.

“We have a fix in an upcoming software update for a bug that can occasionally cause a home screen crash,” Apple spokeswoman Trudy Muller said Wednesday.

iOS 7, the current operating system for iPads and iPod Touch units as well as iPhones, has received a few updates and may be close to a more major upgrade to a 7.1 version.

Last year, Apple patched a flaw that let users get past the lockscreen and access and use some data, including posting images to online services. Another patch fixed a problem that sometimes caused FaceTime video chat sessions to fail.