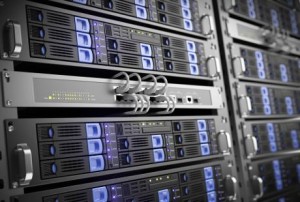 IBM has revived efforts to sell its low-end server business and Dell, Fujitsu and Lenovo are all lining up to take a look, according to reports this week.

Lenovo was said to be in talks to buy IBM’s commodity hardware division last year, but the discussions apparently broke down over price negotiations. IBM is now searching again for a suitor, according to reports in the Wall Street Journal.

For IBM, shedding its low-end server business might make sense. Weak hardware sales have dragged down its quarterly results, and low-end servers yield less profit than its mainframe and Power systems.

Hewlett-Packard led the x86 server market with 32 percent of revenue in last year’s third quarter, according to IDC. Dell was second with 21 percent and IBM third with 13 percent. IBM performed worst among the top three, however, with sales down 18 percent, IDC said. Figures for the fourth quarter aren’t yet available.

A deal with Lenovo would accelerate its efforts to expand in the corporate hardware business. Lenovo and IBM are now “back at the negotiating table,” the Journal reported Tuesday, citing an unnamed source. Lenovo acquired IBM’s PC business in 2005.

Dell, which recently went private and is trying to reduce its reliance on PCs, is also a candidate, the Journal said. And on Wednesday it reported that Fujitsu is also in the fray.

Morgan Stanley has estimated that IBM’s x86 server business generated US$4.9 billion in sales in 2012, or about one-third of its overall server sales, the Journal said.

IBM sells several types of x86 server. Analysts last year said any deal is likely to focus on the low-end, commodity systems, and not its PureSystems and iDataPlex servers.