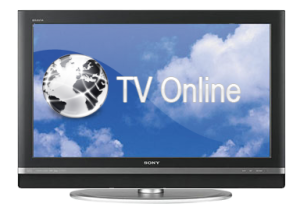 Amazon has approached several major media conglomerates to discuss adding live cable TV channels to its Prime Instant Video service, according to a report in The Wall Street Journal.

The idea is still at a very early stage, and it might not go ahead, the newspaper said, without disclosing its source.

Amazon is one of several companies that already offers on-demand movies and TV shows, but live TV would put it squarely in competition with existing cable and satellite TV providers.

Some of those providers already offer live TV over the Internet, but only as an extension of an existing pay TV subscription.

After news, music and video rentals, live TV is seen by many as the next big area that will be disrupted by the Internet. Amazon’s moves could be part of industrywide posturing in preparation for that.

The report came on the same day Verizon Communications, a major broadband Internet provider, said it is buying OnCue, a cloud TV service developed by Intel.

Sony recently said it would begin offering live television through a video service to be delivered through Sony PlayStation and connected TVs later this year, although offered no other details.

Over-the-air broadcasters are also moving toward the Internet. But in a twist on services offered in other countries, some local TV stations require a cable or satellite TV subscription in order to access live streaming programming over the Internet, despite it being broadcast free of charge over local airwaves.

One company that is attempting to break up this model, Aereo, has found itself targeted by lawsuits. Aereo receives and relays local TV broadcasts to subscribers over the Internet without the approval of the broadcasters. Aereo says it doesn’t need their approval, but TV stations disagree. That battle is heading to the U.S. Supreme Court.

The Wall Street Journal report noted the difficulty Amazon might face in getting access to content, especially if media conglomerates want to avoid upsetting major cable and satellite providers.

For all of the different brands familiar to consumers, today’s pay TV market is dominated by a handful of large companies that own many of the channels.

Amazon did not immediately comment on the Wall Street Journal report. In a statement to the newspaper, it said it was not planning to license television channels or offer a pay-TV service. The company said it continued to build selection for Prime Instant Video and create original shows at Amazon Studios.