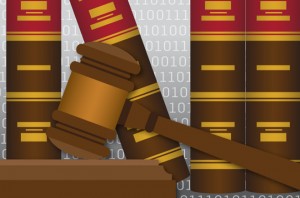 A court in California has scheduled a hearing for Dec. 6 on Apple’s request for a permanent injunction against eight Samsung phones, according to court papers filed Tuesday. Meanwhile, the court will hear next month Samsung’s plea to vacate an earlier preliminary injunction against its Galaxy Tab 10.1.

A jury in California District Court determined Friday that Samsung’s phones infringed two design patents and three utility patents held by Apple, and also diluted one registered “trade dress” and one unregistered trade dress, which has to do with the look and feel of the products and their packaging.

The South Korean company must pay Apple just over US$1 billion for infringing several of its patents in Samsung smartphones and tablets, the jury decided.

“Having considered the scope of Apple’s preliminary injunction request, the additional post-trial motions that the parties have already filed and will file, and the substantial overlap between the analysis required for Apple’s preliminary injunction motion and the parties’ various other post-trial motions, the Court believes consolidation of the briefing and hearing on the post-trial motions is appropriate,” Judge Lucy H. Koh of the U.S. District Court for Northern California, San Jose Division wrote in an order on Tuesday.

Apple’s motion for “permanent injunction and willfulness enhancements” will now be heard on Dec. 6, the Judge ordered.

Samsung filed a motion on Sunday to dissolve a June 26 preliminary injunction against the Galaxy Tab 10.1, as the jury found that the tablet did not infringe Apple’s design patents. The hearing on this motion is now scheduled for Sept. 20.

In a filing after the jury verdict, Apple asked the court for preliminary injunctions against seven Samsung smartphones carrying its Galaxy brand, plus the Droid Charge. It based the requests on the jury’s finding of patent infringement. Apple said it wanted the preliminary injunction pending a final injunction.