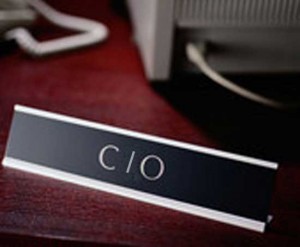 On the technology front, CIOs in Asia are prioritising business intelligence and analytics, mobile technologies and cloud computing, according to a survey conducted by analyst firm Gartner.

The research firm stated that for the most part, the business and technology priorities of Asian CIOs are closely aligned with those of their global counterparts.

“This is the first time that we’ve seen such a tight alignment and I think it shows that Asia and the rest of the world are becoming one. Globalisation is really having a huge impact on the global CIOs’ view of business,” said Linda Price, Gartner Executive Programs group vice president for Asia Pacific.

The survey results showed that, consequently, Asian CIOs are focused on consolidating, standardising and streamlining operations, although interestingly, their global counterparts didn’t share this viewpoint.

In line with Asian CIOs focus on attracting and retaining new customers in 2012, Customer relationship management applications, a new entry into the list this year, occupied the fourth place in the Top 10 Technology Priorities.

CIOs in Asia reported an average IT budget increase of 5.4 percent over 2011, compared to the nominal 0.5 percent average increase seen worldwide, with 57 percent of the CIOs in Asia expecting an increased budget this year, compared to 45 percent globally.

“Europe and America are going into a very difficult period and our view is that more companies are decreasing their IT budget. Asia remains a bright spot,” Price said.

CIOs in Asia, the analyst house noted, as well as their global counterparts for the most part, seem to spend around 60 percent of their time on IT related work and responsibilities, and the remainder on broader business activities and responsibilities.

It was pointed out that the average tenure for CIOs in Asia stood at 3.5 years, compared to a global average of 4.6 years.

The survey was conducted in the fourth quarter of 2011 and represents CIO budget plans reported at that time, and includes 2,336 CIOs, across 44 countries and 37 industries. The survey includes 53 CIOs from China, Hong Kong, Malaysia, Singapore, South Korea and Thailand.