Regional systems integrator and digital transformation company, Seidor, has announced that it has joined forces with BASF to support the global chemicals producer in a sweeping corporate-restructuring project in their construction chemicals business unit.

Having decided to operate the division as a standalone entity, BASF needed to separate the unit’s technology systems to prepare it to run independently. For the past 12 years, BASF has been running SAP R3 COBALT but since SAP announced that support for R3 will not extend beyond 2025, BASF decided that its restructuring project should also involve migration to a futureproof system.

The project will extend to 22 countries ― across Asia Pacific, the Middle East and South America — and affect some 280 users. Given the tight timeline to complete the implementation, and the need for optimal efficiency, BASF’s stakeholders identified Seidor — and specifically its Dubai based entity, Seidor MENA — as an ideal partner, given its technology credentials and global reach.

“It was vital for us to move our small and medium sized operations within the construction chemicals division to a robust system that offers high flexibility,” said Jose Vizoso Capiali, regional IT Manager – Middle East, West Asia, CIS, Africa, BASF. “The fact that Seidor MENA was also able to offer us technology advices and fast deployment, with the added benefit of having a global presence, were key deciding factors. We were very keen to adopt a solution that was easy to maintain. In the digital age, IT decision makers are, I think, always looking for ways to reduce in-house workload, so the AWS cloud model suggested by Seidor MENA was a great match. And Seidor MENA’s own expertise in the domain of ERP in general and SAP in particular, will also be invaluable to us throughout the business transformation project.”

While Seidor is a global company with local presence in many of the 22 countries involved in BASF’s deployment project, Seidor MENA will manage the entire implementation, from its Dubai offices. The implementation started last month and will take place in phased rollouts throughout the year. Seidor MENA’s role will extend beyond technology consultant to include supporting BASF in the change-management process, as the new business entity adapts from an enterprise system with a high degree of automation, to a leaner solution built for the small and medium enterprise.

BASF’s project team will work from a Seidor MENA-crafted global template for the consolidation of business processes. As lessons are learned from initial rollouts, implementation will be standardised for subsequent waves to lower TCO for BASF. Seidor MENA will continue updating this template over a three-year period, based on business needs.

Seidor MENA will also engage heavily with end users in the pilot countries to ensure successful implementations and boost users’ confidence in and acceptance of, the new solution. Over the next three years, BASF will continue relying on Seidor MENA to enhance and support the ERP deployment and explore options to engage further with the systems integrator in the procurement of other business applications and cloud services — with Seidor MENA not only serving as a technical advisor, but as a consultant in business-process standardisation.

“Successful digital transformation is about much more than technology migration,” said Ignacio Ruiz de Eguilaz, Managing Director, Seidor MENA. “At Seidor, we recognise that business transformation requires organisations to evolve and make changes to company culture. Our global reach and technology expertise now complement a deep, nuanced knowledge of business-process standardisation. BASF faced a daunting transformation challenge with their construction chemicals division but recognised that Seidor was their ideal partner because we take a business-first approach to everything we do.” 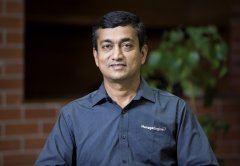 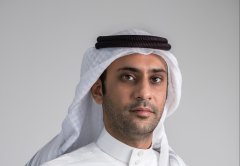 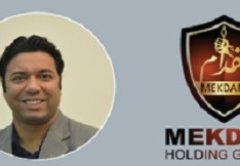 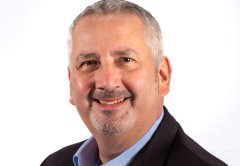