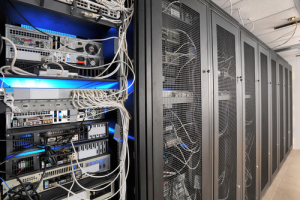 In an effort to accelerate the adoption of OpenFlow for software-defined networking, Big Switch Networks this week unveiled an open source-based “thin” virtual switch for servers and commodity switches.

Switch Light is software that can be deployed on server hypervisors and in merchant silicon-based physical switches, commonly known as white box switches. Switch Light is intended to offer users an alternative to proprietary, vendor-unique networking architectures, and accelerate the adoption of OpenFlow, the popular SDN API and protocol.

SDNs are a way to make networks more programmable through software so that they can be reconfigured quickly and functionally extended more easily.

Big Switch says Switch Light will help lower capital costs by providing choice in networking hardware, and reduce operational overhead by tying together virtual and physical networks with a common provisioning and management model. That management and provisioning model will be enabled through a separate OpenFlow controller, however, with Switch Light essentially performing the duties of a management agent.

Switch Light is based on the open source Indigo Project, a sub-project within Project Floodlight, which is the community developing the Floodlight open source SDN controller, the Indigo OpenFlow agent, and several open-source applications and utilities. The Big Switch Controller is based on Floodlight.

Switch Light could be key in enabling OpenFlow startups like Big Switch maintain market momentum as incumbent vendors Cisco, IBM, HP and others ready the “Daylight” open source controller, which is expected to be unveiled at next month’s Open Networking Summit SDN conference in Santa Clara. The goal of Daylight is unclear but clearly one of its objectives is to steer SDN momentum toward incumbent hardware vendors and away from “revolutionaries” like Big Switch and Nicira, which was acquired by Cisco partner-turned-provocateur VMware.

Big Switch is working with Broadcom, and with Accton and Quanta to bring Switch Light to market for merchant silicon and white box switches. Partner Extreme Networks will also support Switch Light.

The source code repositories for both Indigo and the Floodlight controller are available now at www.projectfloodlight.org. Switch Light is currently in early access with customers, and will be available in a limited beta release in June, and generally available in the second half of 2013.

Switch Light will also be available as a free download from bigswitch.com at that time.