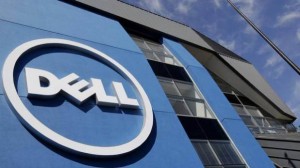 Blackstone Group has given up its bid for Dell, less than a month after the private-equity fund manager said it was planning to top an offer from founder Michael Dell and private-equity firm Silver Lake Partners.

In the so-called “go-shop” period for alternative bidders to make their offers, Dell received two counter-offers related to its plans to go private, with bids coming in from Blackstone and entities associated with investor Carl Icahn. It is not clear whether Icahn’s bid still continues.

In a letter sent to Dell’s special committee evaluating alternative bids, Blackstone thanked Dell for the invitation to the bidding process, but cited a slowing PC market as one reason for withdrawal.

“A number of significant adverse issues have surfaced since we submitted our letter proposal to you on March 22nd, including: (1) an unprecedented 14 percent market decline in PC volume in the first quarter of 2013, its steepest drop in history, and inconsistent with Management’s projections for modest industry growth; and (2) the rapidly eroding financial profile of Dell. Since our bid submission, we learned that the company revised its operating income projections for the current year to $3.0 billion from $3.7 billion,” the group led by Blackstone wrote.

Dell’s board currently prefers the Michael Dell-Silver Lake offer, but is currently reviewing the remaining alternative bid. As part of the review process of the Icahn offer, Dell’s board of directors earlier this week reached an agreement that would cap the activist investor’s stock holdings to 10 percent. The agreement also calls for Icahn not to enter into agreements with other shareholders to jointly own more than 15 percent of Dell’s shares.

A special committee had concluded that both offers “could reasonably be expected to result in superior proposals, as defined under the terms of the existing merger agreement.” The committee intended to continue negotiations with both Blackstone and Icahn.

But Blackstone’s investors are said to have had reservations on the deal, and had concerns that the stock market had already evaluated Dell fairly, The Financial Times reported, quoting people familiar with the matter.

Blackstone management was also concerned about the ability to withdraw from a Dell investment profitably, according to the newspaper’s sources.

Blackstone in tandem with Francisco Partners and Insight Venture Management said in March they were prepared to enter into a definitive agreement to acquire Dell. Shareholders who wished to receive cash would receive more than US$14.25 in cash per share for all of their shares, while shareholders who wished stay invested in the company would have the opportunity to remain as shareholders and receive shares (subject to a cap) valued in excess of $14.25. The shares would continue to be publicly traded on Nasdaq.

The offer was claimed to be a superior proposal to the $13.65 cash purchase price agreed to in the proposal by Michael Dell and Silver Lake. Dell shares closed Thursday at $13.95, valuing the group at $24.4 billion.

Blackstone did not immediately respond to a request for comment. The investors are likely to have been also influenced by troubles in the PC market.

On Tuesday, Intel reported a drop in profits and revenue for the first quarter, after research firms reported a slump in the PC market. First quarter PC shipments totalled 76.3 million units, down by about 14 percent, compared to the same quarter last year, according to research firm IDC. Despite its diversification into software and services, PCs still account for a significant share of Dell’s revenue.

The quarterly drop in PC shipments has been described as the worst quarter in more than a decade. Analyst firms are predicting further drop in shipments over the coming years as more people move to tablets and smartphones.

Blackstone, in a letter to the special committee handling the negotiations, is said to have cited declining PC sales as a factor in its decision, besides concerns about declines in Dell’s operating income, The Wall Street Journal reported, citing people familiar with the matter.