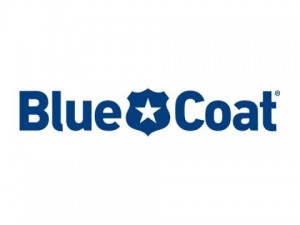 Blue Coat has identified its Top 5 bring your own device (BYOD) traffic disruptors – activities and content sites that take up valuable WAN and internet bandwidth and disrupt the performance of mission-critical enterprise applications. On uncontrolled enterprise networks, Blue Coat estimates that 30 to 60 percent of bandwidth is consumed by the use of applications on personal BYOD smartphones and tablets.

Apple continually provides updates and upgrades for iPhones and iPads to address bugs and introduce new functionality. Carriers force smartphone and tablet vendors to prioritise OS downloads to connected devices (devices connected to a computer or Wi-Fi network) for network connectivity. This means business’ Wi-Fi networks must handle OS updates and upgrades that are up to hundreds of megabytes in size. The result: a single BYOD device can easily overwhelm network bandwidth with one click – and corporate networks and applications will be the losers.

Part of the success of mobile devices has been the availability of hundreds of thousands of applications that are readily accessible from online stores (Apple iTunes and Google Play). Given that the paid apps are priced to sell ($0.99 to $9.99) and some free apps are extremely powerful (Salesforce.com’s CRM, for example) or fun (Angry Birds), the typical BYOD owner downloads over 40 applications. Apps can range in size from a few megabytes to hundreds of megabytes, and app updates are image files. In a year, BYOD owners can easily pull multiple gigabytes for apps over a business Wi-Fi connection.

3. Photo and video uploads and downloads

One important reason for the popularity of smartphones and tablets is that their built-in cameras can capture still photos and video. Most BYOD devices come with high-resolution cameras. Anyone can capture a photo (1-3MB) or video (25 MB; 230MB for a minute) and quickly upload it to a sharing site like iCloud or Flickr for co-workers, friends and family to see. The same photos and videos can be just as easily downloaded for co-workers in the same office.

4. BYOD backup to cloud storage or a company-issued laptop or desktop

Many users have experienced data loss in some fashion and are therefore careful to back up their BYOD devices to either cloud storage (iCloud or Google Drive) or to their company-issued laptop or desktop (using iTunes). Given that the typical BYOD device has at least 8GB of on-board flash memory (some go up to 64GB), any backup is going to be several gigabytes in size; delta backups will be in the hundreds of megabytes. Backups to a cloud service will happen any time the BYOD device has a strong Wi-Fi (company wireless!) connection – not at the end of the day when network traffic is lower.

With over a trillion views in 2011 and 72 hours of video uploaded every minute, Google’s YouTube is the behemoth of online video content. Localised in 46 countries across 60 languages, it is global in reach, impacting networks from the U.S. to the Middle East to Germany – every region of the world. Typical video from YouTube, at 640×360 resolution, will consume 500Kbps of bandwidth. So a single user in a remote office with a T1 connection will consume 33 percent of the bandwidth for as long as the video lasts – which, for a movie, could be hours.