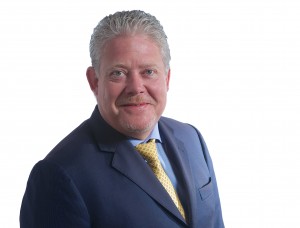 Enterprises should be on the look out for increased security threats during the holy month of Ramadan, which begins on the evening of July 8, according to security firm Symantec.

In an interview with CNME, Justin Doo, Security Practice Manager, Symantec ME, said that cyber-based attacks were more likely during Ramadan because of reduced working hours and a more relaxed business environment.

“People were breached in the same period last year, and it’s likely we will see breaches again this year,” he claimed.

Heightening security risks over a long period of time can spell trouble for businesses however. Doo claims that asking more people to work over the opening weekend is difficult, especially if the company doesn’t experience any kind of security breach during the first few days.

“You can only ‘cry wolf’ a few times and get away with it,” he said. “If you’ve asked for extra people to cover the opening weekend but nothing happens, management isn’t going to allow you to keep extra people on high alert for the following week or so. The company goes back to normal after this, and then two or three days later the breach happens, and you’re not ready.”

Doo also claimed that the influx of social media sites is making breaches easier for cyber hackers, explaining that over 80 percent of people use the same password for every online account they have.

“Children from a very young age are using social media, and are not nearly aware of the risks and concerns of cyber security. If they’re logging in with an adult’s account, simply to browse, the chances are that email address and password are also the ones used for the parent’s online banking. If that’s compromised, then within minutes someone has control of all of your finances.”

Doo believes that IT skills should now become an integral part of adolescence education, due to the importance of technological processes in every day life.

“We don’t learn IT skills and processes as a compulsory subject in our schools yet, not to a decent degree. We should be teaching our children about coding, and management. These skills will serve them well in the future, because everything is about IT now,” he said.