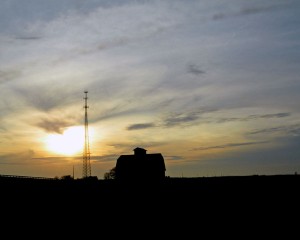 The spread of smartphones, powered by fast 3G and LTE networks used to watch ever more video content, are pushing up the volume of mobile data traffic. The challenge for operators will be to turn that into more revenue, as users prefer Wi-Fi networks, an analyst has said.

While recent financial reports from operators have shown tepid growth in some parts of the world, especially in the south of Europe, the coming years will still see smartphone subscriptions and traffic increase significantly on a global basis, according to network vendor Ericsson’s latest Mobility Report.

It took five years to reach 1 billion smartphones shipped, but it will take just another two years to reach the two billion mark, which Ericsson thinks illustrates how fast the mobile industry is still moving.

Much of that growth comes from video, which hogs the largest amount of data traffic in networks and it is expected to grow by about 60 percent annually until the end of 2018.

The growing popularity of video is also due to the faster network speeds offered by technologies such as LTE. Nonetheless, cellular networks aren’t delivering the bulk of smartphone data traffic , according to Mark Newman, chief research officer at Informa Telecoms & Media.

“We have access to some very good statistics that suggests that the majority of data traffic on smartphones is via Wi-Fi. That is because most usage actually takes place at home where [home network] Wi-Fi coverage tends to be better than 3G,” Newman said.

LTE, because of its improved performance, will be key for operators if they want that traffic and the revenue that comes with it, according to Newman. And as revenue from calls and messaging decreases they will become more dependent on data.

Vodafone’s latest fiscal year highlighted that problem. In its case, revenue from voice and messaging decreased by £3.8 billion (US$5.8 billion), while data revenue grew by just £469 million year-on-year.

LTE services will be available to about 60 percent of the world’s population in 2018, according to Ericsson. The number of commercial LTE networks has grown to about 175 and will surpass 200 before the end of the year.

But while LTE is getting a lot of attention, Ericsson also said WCDMA and HSPA had three times more net additions – 60 million versus 20 million – in the first quarter. There are already over 500 HSPA networks, according to industry organisation GSA (Global mobile Suppliers Association).