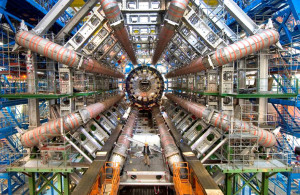 CERN openlab is running a pilot hybrid cloud project with Rackspace as the research facility seeks to enable the expansion of its OpenStack environment.

The year-long partnership being announced with cloud and hosting provider Rackspace is aimed at building on the work CERN has done within its own internal IT to develop a private cloud based on the open-source cloud operating system.

The work will be conducted in conjunction with CERN’s openlab, part of the organisation where commercial parties can collaborate with the research facility in order to test and develop new technologies, operating separately from the organisation’s central IT infrastucture. CERN has worked with Intel to test its processors in use at the facility in the past, for example, looking at what CPU optimisations are required for high energy physics analysis programmes.

The aim of the trial with Rackspace is to make it easier in future to ramp up CPU capacity to deal with spikes in demand, by managing workloads between public and private clouds. By doing so, CERN hopes to be able to enable the organisation to better cope with increases in demand from its 11,000 physicists running simulations and analysis on petabytes of data.

As part of its own Openstack private cloud, CERN is already in the process of converting its 8,000 physical servers supporting simultations and modelling around the Large Hadron Collider, a project which is expected to continue over the next two years.

“There are certain periods of the year where there are peak workload demands, and under those circumstances we find that core resources at CERN are under significant load,” said Tim Bell, vice president and infrastructure manager at CERN. “It is attractive under those scenarios to be able to look at using additional capacity from outside to be able to address those peaks, without having to have capacity for those peaks at CERN all the time.”

According to Bell, the aim with Rackspace is to get the point where access to cloud computing within CERN is “business as usual, rather than being something that is under investigation”.

“We are increasingly moving to a world where there are multiple OpenStack clouds,” he told ComputerworldUK. “At CERN we have one on which we are building our production environment, and there are two additional OpenStack clouds at CERN being run for experiments.”

In order for CERN to enable movement of workloads between private and public clouds, Bell aims to produce a reference architecture by testing the federation of resources between its own OpenStack environment and public and private clouds hosted by Rackspace.

The results of the work will also be fed back into the OpenStack developer community, he said.

“What we hope to get out of the openlab collaboration will be a reference architecture, showing how this kind of problem can be addressed, and also a set of code contributions to be included into the OpenStack open source packages so that this can be done in other sites around the world that would deploy OpenStack.”