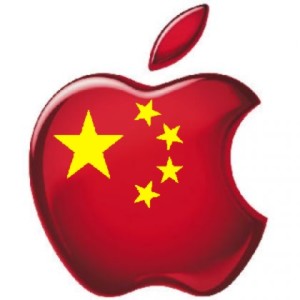 Apple’s iPhone could be getting a step closer to being officially offered on China’s largest mobile network, after the nation’s government finally issued 4G licenses to operate LTE TDD networks in the country.

Authorities issued the licenses on Wednesday to all three of the nation’s mobile operators, including the largest, China Mobile, which has over 750 million customers.

The carrier has been deploying base stations across the country using the 4G technology known as LTE TDD (Long-Term Evolution Time Division Duplex). Already, China Mobile has been marketing its upcoming 4G services, and local regulators have cleared select phones capable of supporting the LTE standard, also known as TD-LTE in China.

Among the handsets approved by regulators earlier this year are special models of the iPhone 5s and 5c designed for use on TD-LTE networks. Most other countries use LTE-FDD (Frequency Division Multiplexing) for their 4G networks.

In contrast to its rivals, China Telecom and China Unicom, China Mobile has yet to officially offer the iPhone because previous versions of the iPhone have not been compatible with the 3G technology used in its network, and Apple has been unwilling to develop a special version of its phones for China Mobile’s TD-SCDMA (Time Division Synchronous Code Division Multiple Access) network given that the technology is not widely used outside China.

In 2011, however, China Mobile said both parties had reached a consensus on 4G technology, and stated that future iPhones would work on its LTE TDD network.

The carrier could be preparing to launch the iPhones later this month. A China Mobile branch in the city of Suzhou briefly posted a page on Tuesday accepting pre-orders for the Apple handset, only later take down the site.

A China Mobile spokeswoman on Wednesday said she had not received any information about an iPhone launch for the carrier. It’s unclear when the carrier will officially launch its 4G services, but China Mobile said on its website the company will continue establishing the needed networks.

For now, China is only issuing the licenses to operate LTE TDD networks, and not its other variant LTE FDD (frequency division duplex), a 4G standard in popular use in the U.S. On Wednesday, the country’s Ministry of Industry and Information Technology said it would still need to test the LTE FDD technology before it issues the licenses.

China Telecom said it will apply for a LTE FDD license once available, according to a company statement. The carrier uses CDMA2000 3G networks, and has said in the past it would prefer to upgrade to LTE FDD technology.