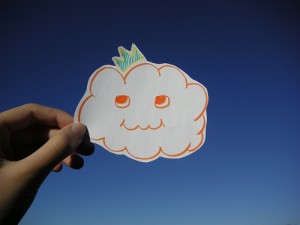 Despite the promise of portability from service providers, the reality of the cloud for big customers is a similar type of lock-in as they experience with on-premise apps vendors such as Oracle and SAP, two CIOs said Tuesday.

“You’re kind of locked in – it’s out with the old boss and in with the new,” said Ralph Loura, CIO of The Clorox Company, in a discussion about “what keeps CIOs up at night” at the GigaOm Structure conference in San Francisco on Wednesday.

Companies that buy storage and compute services in small increments might not be tied to one provider, but most big companies sign big, multi-year contracts with cloud suppliers that effectively tie them to one platform, he said.

They also train workers for that platform and build applications and interfaces in a “semi-bespoke model” that further ties them down. “I think we’re all trying not to get fooled again with this model, and that’s one of the things that keeps me up at night,” he said.

There’s a “false flexibility that lives in the cloud,” Loura said.

Loura was on stage at the conference with Ben Haines, outgoing CIO of Pabst Brewing Co. Haines just started a new job as CIO of Box, the cloud storage company, but he said his comments Wednesday were based on his experience at Pabst.

Much as companies are locked into platforms such as SAP and Oracle in their data centres, “we’re probably just transferring that to different cloud vendors at the moment,” Haines said.

“There’s this move towards open platforms, but they’re not there yet,” he said.

Still, Clorox and Pabst are putting some of their apps in the cloud, a model that can help companies keep costs down because it saves them from buying new servers and managing those systems.

Clorox runs its collaboration, communication and internal Web environment on cloud services from Microsoft, Loura said. Pabst is running similar apps on services from Google, Haines said, though it does so through a Google partner because the Internet giant is too hard to communicate with directly, he said.

“On the Google side, my impression from an enterprise standpoint is that they’re talking the talk, but they’re not backing it up yet,” he said. “In the enterprise, you need someone to call.”

The cloud is becoming the new “legacy” environment, Loura said, a term normally used for older on-premise systems. “A legacy platform is anything currently live in the environment, so most of our legacy code today is sitting in the cloud,” he said.