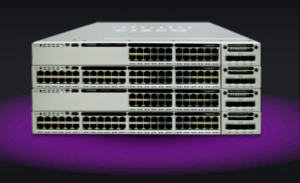 Cisco announced on Tuesday the launch of its new Unified Access line of networking products, which are made up of an entirely new networking architecture.

The new devices allow IT professionals to manage both wireless and wired networks through a single unit.

“We are going to change the way our customers are going to construct their networks, said Inbar Lasser-Raab, Senior Director, Enterprise Networking Marketing, Cisco. “ By bringing multiple elements into one, this simplification is going to allow great things.”

The announcement was made after the products were previewed by Rob Soderbery, Senior Vice-President and General Manager of Enterprise Networking, Cisco, in today’s keynote speech at the Cisco Live conference in London.

Soderbery asked the audience to applaud the engineers behind the technology if they thought it was an “amazing” innovation. The crowd erupted into tumultuous applause immediately.

At the core of the new line-up is the Unified Access Data Plane (UADP) ASIC, which allows for the management of wired networks as well as support for wireless networks up to 20Gb/s.

“This is the cornerstone of all our enterprise networking products going forward,” said Soderbery. “We’re going to consolidate the multiple networks so that you only have a single network to support.”

Using this ASIC is the new Catalyst 3850, which is aimed at customers looking to upgrade their wiring closets and previewed in a stack of four. “It’s an awesome box and an awesome solution,” said Soderbery.

The 5760 can be deployed into an existing network without hassle, Soderbery said, adding that, under the hood, the unit is essentially the same as the 3850.

To access all of the new devices’ capabilities, Cisco has made its new IOS-XE available – “the crown jewel of Cisco’s networking heritage,” according to Soderbery.

IOS-XE is a comprehensive operating system that allows both wired and wireless networks to be viewed and managed from one system. It can provide data about which devices are connected to either network, which applications they are running, as well as how much bandwidth they are using.

The new systems have been proven in real-life scenarios at a hospital in Wales, a pension provider in Austria, and a university in Germany.