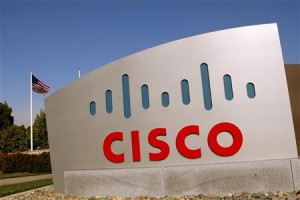 Cisco revealed yesterday it intends to acquire Meraki, a vendor of technology for cloud based management of wireless LAN, security appliances, and mobile devices for US$1.2 billion in cash and retention-based incentives.

Cisco is targeting Meraki’s technology for secure, cloud managed networks at midmarket businesses around the world who want to manage their networks from the cloud.

Meraki was founded in 2006 by doctorate candidates from Massachusetts Institute of Technology. The three founders of the company plan to stay on as leaders of a new “Cloud Networking Group” within Cisco, to continue towards their goal of US$1 billion in annual revenue, Meraki CEO and co-founder Sanjit Biswas said in a letter to employees. The group will continue its development of new features, enhancements, and entirely new products without disruption, and will also work to “cloudify” other Cisco products.

When Cisco approached Meraki with an acquisition offer a few weeks ago, the initial reaction of the founders was to decline and continue with plans to take the company public, Biswas said. “After several weeks of consideration, we decided late last week that joining Cisco was the right path for Meraki, and will help us achieve our goal of having maximum impact,” he added.

Besides offering an attractive price, Cisco offered Meraki’s departments the opportunity to keep doing what they are doing, and preserve its culture and environment in the Cloud Networking Group set up in San Francisco, Biswas said.

Meraki this year achieved a $100 million bookings run-rate, shipped another major product family, grew from 120 to 330 employees, and became cash-flow positive, he added.

The acquisition is expected to close in the second quarter of Cisco’s fiscal year 2013, subject to customary closing conditions, including regulatory review.

Cisco said last week it planned to acquire privately held Cloupia, a software company that develops products for automating data centre operations, allowing enterprises and service providers to automate the deployment and configuration of physical and virtual infrastructure from a single management console.