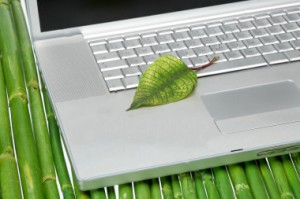 First-time surprise entrant Wipro tops the list of rankings in the 18th edition of the Greenpeace “Guide to Greener Electronics,” with Apple dropping two spots to sixth compared to last year’s study.

The guide, released Monday, analyses technology companies on operational efficiency and commitment to the environment based on factors including green products and efforts to reduce greenhouse gas emissions, said Casey Harrell, IT analyst at Greenpeace.

The environmental commitment of hardware companies is stronger and many have progressed in phasing out toxic chemicals from products, Harrell said. However, chemical emissions and energy use is increasing in the extraction of raw materials, manufacturing, assembly and shipping of consumer electronics and PCs, and that needs to be more efficient, Harrell said.

Wipro, which is based in India and known best as an IT services company, has a small hardware business. The company has increased its commitment to using renewable energy resources and has taken strides to reducing greenhouse gas emissions, Greenpeace said. Wipro jumped over Hewlett-Packard, which topped the previous guide released in November last year. Wipro also scored high for recycling, supply chain and product take-back programs, according to the study.

Wipro was followed by Hewlett-Packard, which was a leader in discouraging use of materials like tungsten, tin and gold coming from conflict areas. Nokia remained in third place on the strength of its energy-efficient products. Nokia was followed by Acer, Dell and Apple. Notable companies missing from the guide included Asus and MSI.

Apple scored points on usage of renewable energy and products like Macs, which are energy efficient and free of harmful chemicals like brominated fire retardants (BFRs) and polyvinyl chloride (PVC), Harrell said. But Greenpeace had a tough time coaxing specific information from the tight-lipped Apple, which was a factor that pushed the iPhone and iPad maker into sixth place, Harrell said. Apple did not disclose information on topics such as life cycles of products, the company’s clean-energy advocacy policy or greenhouse gas emissions based on specific measurements.

Apple was consistent in its commitment to energy and received the same score as last year, but other companies jumped ahead because of their increased environmental commitment, Harrell said.

Apple has done a great job of measuring and reporting its environmental footprint, but the growing use of iPads and iPhones is weighing on the company, Harrell said. There is a higher energy footprint in the supply chain with each new generation of Apple products, but the company is doing its best in an effort to reduce greenhouse gas emissions, Harrell said.

Apple has a solid electronics and PC take-back program worldwide, but lost points due to lack of a solid program in India, according to the Greenpeace study.

But Apple is heavily committed to the environment and has taken a leadership role in many areas, especially in the supply chain and use of renewable energy, Harrell said.

Apple has consistently highlighted its commitment to renewable energy. The company has said it wants to make its data centre in Maiden, North Carolina, completely reliant on renewable energy by the end of this year, and is also making a new spaceship-like campus in Cupertino, California, powered by cleaner forms of energy such as natural gas.

The Greenpeace study focused heavily on India, with two companies — Wipro and HCL Infosystems — rated among the top 14 green companies in the guide. Recycling efforts of companies like Nokia, Dell and Acer in India were also noted in the study.

There is a lot of e-waste from Western countries dumped into developing countries like India and China, and Greenpeace is trying to recognise efforts to collect that waste. The guide also took into account products shipped to and sold in India, Harrell said.