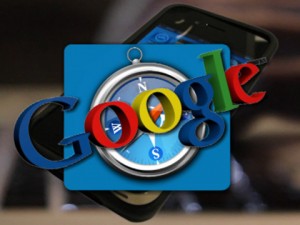 A U.S. judge has indicated she will accept the terms of a settlement deal between Google and the U.S. Federal Trade Commission, in which Google will pay a $22.5 million fine for circumventing privacy protections in Apple’s Safari browser.

The judge’s decision is a setback for Consumer Watchdog, which had been pushing for tougher sanctions, including a higher fine, but the consumer rights group said it had achieved its goal of drawing attention to what it sees as the ineffectiveness of such settlements.

“Privacy is important and no one seems to be protecting our privacy — at least, the FTC isn’t,” Gary Reback, an attorney working for Consumer Watchdog, told reporters outside the courtroom after the hearing Friday morning.

The fine against Google proposed by the FTC seems adequate and the settlement should not require Google to admit any liability for its actions, said Judge Susan Illston at the hearing, which was at the U.S. District Court for the Northern District of California in San Francisco.

“My preliminary view is to grant the request to approve the [terms of the settlement],” she said.

The judge indicated that she had some concerns about what will become of the tracking data Google collected. The settlement with the FTC does not require Google to destroy the data and the best hope for Consumer Watchdog is that the judge may add a condition to the settlement deal requiring it to do so.

Although she indicated that she will largely sign off on the settlement deal, Illston did not rule from the bench and must still write up her decision to make it official. That’s expected within the next week.

The case dates back to a settlement — known as a consent decree — between Google and the FTC in 2011, after the FTC complained that Google violated user’s privacy when it used their Gmail addresses to sign them up for Google Buzz, its first attempt at a social networking service.

Under that agreement, Google was barred from misrepresenting its privacy practices in future and required to implement a program to ensure it stuck to its promises. It was not required to admit to any wrongdoing.

Just over a year later, the FTC sued Google again, this time for circumventing privacy protections in Apple’s Safari browser to place tracking cookies on user’s computers. It did this despite ensuring users that they did not need to take any actions to block its cookies in Safari.

Google and the FTC reached a new consent decree — the one that was being challenged in court Friday. Under the new agreement, Google was ordered to pay the $22.5 million fine — the largest fine the FTC has leveled against a company — and to start deleting the cookies it had placed on users’ browsers.

Consumer Watchdog challenged the agreement, saying the fine was a drop in the ocean compared to Google’s annual revenues, which at the time were about $40 billion. And it said the agreement did not prevent it from doing the same thing again.

“Google should feel real pain for its wanton violation,” Consumer Watchdog said at the time.

It was supported in its efforts by Reback, a noted attorney who is credited with being the driving force behind the U.S. government’s antitrust suit against Microsoft in the 1990s.

Whether Consumer Watchdog will have grounds to appeal Illston’s decision will depend on what she writes in her final ruling. The judge did not seem to be very “invested” in the case, Reback told reporters outside the courtroom.

It’s difficult to get courts to overturn such settlements, he said. But he said Consumer Watchdog achieved its goal of drawing attention to the use of consent decrees to settle disputes.

The FTC is reportedly preparing to bring an antitrust case against Google, and Reback said another consent decree would be an inadequate outcome of that investigation.

In court Friday, Reback said Google has suggested that IP addresses are not important. They are indeed important, he said — as evidenced by the scandal that led to the resignation of former CIA Director David Patraeus. That incident came to light after the FBI used IP addresses to track allegedly harassing emails, he noted.

A lawyer for Google argued in court that deleting the tracking data it collected was unnecessary. Google anonymises the IP addresses associated with the data after nine months, he said. That means the data can no longer be associated with individual users and is of little value, he said.

Google declined to discuss the case and sent a short statement via email: “We’re confident that there is no basis for this challenge,” the company said.

In its pretrial filings, it argued that the fine is appropriate and that parties are rarely required to admit liability in such settlements. It also says litigating the matter further would be complex and expensive.