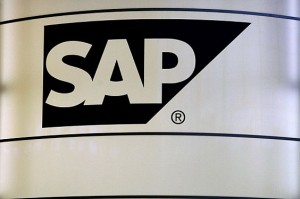 SAP’s revenue for the second quarter grew 18 percent over the same quarter last year to €3.9 billion (US$4.9 billion) following record software revenue of over €1 billion, it reported on Tuesday.

SAP said it benefited in the cloud market from its February acquisition of cloud software company SuccessFactors, leading to a 112 percent increase year-on-year in 12 month new and upsell subscription billings for SuccessFactors on a stand-alone basis. Cloud revenue was €69 million in the quarter.

In line with preliminary estimates released earlier this month, SAP said its software revenue according to international financial reporting standards (IFRS) was about €1.06 billion, up by 26 percent from the same quarter last year, while software and software-related service revenue was up 21 percent to €3.12 billion.

Operating margins were however down at 23.6 percent from 26 percent a year earlier, because of severance expenses, the acquisition of SuccessFactors, and an increase in headcount.

The company had 60,972 employees at the end of the quarter, up by 13 percent from the same quarter last year. Some of these came from acquisitions.

SAP has forecast full-year 2012 non-IFRS software and software-related service revenue to increase in the range of 10 to 12 percent at constant currencies, which includes a contribution of up to 2 percentage points from the SuccessFactors’ business.

The company expects full-year 2012 non-IFRS operating profit to be in the range of €5.05 billion to €5.25 billion at constant currencies, which is expected to be in a similar range if SuccessFactors is excluded.

SAP said it was on track to achieve its 2015 goals, which includes a revenue target of €20 billion.