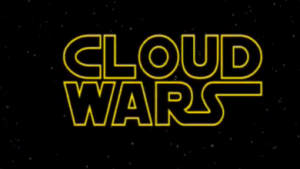 Amazon Web Services (AWS) has lowered the cost of running Windows on its cloud, while Google announced a reduction on all Compute Engine pricing. Google has also expanded the number of virtual servers users can choose from and made its cloud more Euro-friendly.

Competition in the market for public cloud platform and infrastructure services is heating up, as vendors compete both with each other as well as with private and hybrid cloud platforms. Although public cloud service vendors like Amazon and Google continually improve their products, price is still a main motivation for companies to shift away from their on-premises servers.

As part of its push to increase the variety of Windows-based server products customers can host on its infrastructure, Amazon has lowered the cost of Windows on-demand EC2 (Elastic Compute Cloud) instances by up to 26 percent. For example, a large standard instance in the U.S. east region now costs US$0.364 per hour instead of $0.460 per hour. That translates to more than $2,000 in quarterly savings when running 10 such instances, according to Amazon.

Earlier this week, the company also lowered the cost of its Simple Storage Service (S3), and since the beginning of the year, running Linux and databases in Amazon’s cloud have also become cheaper.

Meanwhile, Google has reduced all Compute Engine prices by 4 percent. The infrastructure-as-a-service product, which lets users run Linux Virtual Machines, was announced at the Google I/O conference in June last year. The instances now cost from $0.132 per hour in the U.S. That compares to Amazon’s EC2 standard on-demand medium instance type, which costs from $0.120 per hour.

In addition to lowering its prices, Google is also allowing more companies to use the Compute Engine platform, the company said in a blog post. From Thursday, it is available to all users who sign up for Google’s Gold Support package, which costs from $400 per month.

It has also added new instance types, improved the management console and the ability to run virtual servers in Europe. Enterprises using Google’s App Engine, Cloud Storage and Cloud SQL have been able to run their applications and store their data there. For European customers, that means lower latency and higher performance, Google said.