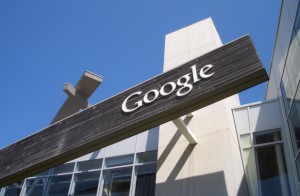 Patent trolls are increasingly becoming a weapon some companies can use to harm or harass their competitors, according to public comments jointly submitted today to the Federal Trade Commission and the Justice Department by lawyers for Google, Red Hat, BlackBerry and EarthLink.

The comments detail what the companies say is a rising tide of so-called “patent privateering” and called for a large-scale government probe of the matter. The term refers to the practice of selling patents to a patent-assertion entity (or patent troll), which enables the troll to turn around and sue a competitor without the original company having to expose itself to negative publicity or countersuits.

“Trolls use the patents they receive to sue with impunity – since they don’t make anything, they can’t be countersued. The transferring company hides behind the troll to shield itself from litigation, and sometimes even arranges to get a cut of the money extracted by troll lawsuits and licenses,” he wrote.

What’s more, according to the companies, patent privateering can be used to circumvent fair, reasonable and non-discriminatory licensing agreements – exposing businesses that made good-faith decisions to create products based on a given technology to infringement suits by trolls.

Google and its co-signers urged an FTC investigation into the practice, saying that the extent of patent privateering and its effects is difficult to quantify without additional information.

“The secrecy in which PAEs cloak their activities exacerbates all of these concerns and leaves the public without information needed to access the likely competitive effects of patent outsourcing practices,” the companies said.

Google recently announced an Open Patent Non-Assertion Pledge, saying that it will agree never to sue over the use of some designated patents unless attacked first. The first 10 patents in the programme all relate to MapReduce, a big data processing model.