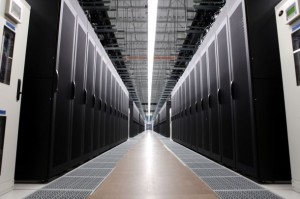 A recent vendor study recently indicated that the Asia Pacific region is finally warming up to building date centre infrastructures as indicated by a rise in capital expenditures and demand for solutions that run such infrastructures.

The 8th Bi-annual Market Pulse Survey of Emerson Network Power also noted that other leading indicators are showing promise in contrast to a previous study published in October 2011.

The survey used five indices to make up the overall Market Pulse Index. These indices include the capex, project forecast, project schedule, economic sentiment, and business sentiment. All indicators were in the upward trend, except for capex, which the study considered a lagging indicator. But Emerson Network Power said this is expected.

“One of the biggest changes in our business in the past six months has been the demand for – and focus on – data centre infrastructure management (DCIM) tools and services, which tells us that customers are looking closely at what they’ve got in the data centre and planning on how to maximise and expand their investments,” said Russell Perry, senior director, marketing and solutions, Emerson Network Power Asia.

Perry noted that based on the bi-annual study, organisations in the region are once more focusing on infrastructure build-up. This trend indicates the need for more data centres as organisations embrace other IT trends, such as cloud computing.

“As a clearer picture emerges of the global and regional economy, long-term projects have been brought forward and become short-term projects,” added Perry.

While capex projections remain “static”, the Emerson Power Network market pulse study showed that forecast and scheduled projects have increased, with forecast up 14 percent from the previous survey . For projects scheduled for the next six months, the number has increased three percent since the last survey while projects scheduled further than six months have decreased five percent.

Despite an increase of almost 40 percent in the sample size, “visible projects” have increased by more than 60 percent.

Business sentiment across the region varies, according to the market survey, though the expected performance of business is uniformly positive.

Economic sentiment in the region, on the other hand, is generally positive, comparable to the sentiments last seen in the first half of 2011, which is the period when the global markets have shown signs of recovering from the global financial crisis. The only exception from this trend is North Asia.

The survey grouped countries in the region such as Australia, North Asia, Southeast Asia and the rest of Asia.