Digital transformation is about a new way of doing business, driven by the rapid adoption of new technologies, according to some of the top CIOs in Bahrain. 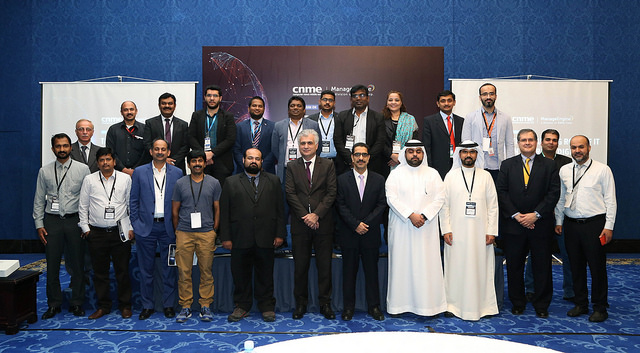 Taking part in a symposium organised by CNME and ManageEngine to discuss the changing role of IT in the wake of DX, IT leaders from the island country unanimously agreed that the role of CIO will be fundamentally altered as a result of the increasing wave of digialisation in the region.

The event was kicked off by Dr.Jassim Haji, ex-CIO of Gulf Air and a renowned digital transformation expert, who spoke in detail about the future of connected devices. “We are talking about 75 billion IoT devices by 2025. But, no one know how this is going to be governed or what are the risks associated with these connected devices.”

Dr.Haji added that the Middle East region is going to witness the biggest revolution as a result of digital transformation. “A case in point is the NEOM digital city coming up in Saudi Arabia. Though the initial estimates suggest that it would $500 billion to build this city, eventually the cost could go up to a trillion dollars, and it will boasts of technologies that are not available even in Europe.”

Speaking next, Khalid Jalal, Senior group ICT manager of Garmco, shared his lessons learned from the DX initiatives in his company. Garmco, one of the largest downstream aluminium facilities in the region, started its digitalisation initiatives with an objective to achieve Industry 4.0. “If you look at this region, most organisations don’t have the skills and budgets to achieve DX. For us, the goal is to go digital, and bridge the gap between business model and customer expectations.”

As part of its DX plan, Garmco has already moved some of its key applications to the AWS cloud. “The ultimate goal of digital transformation is customer empowerment, be it internal or external. At the same, governance in terms of security, risk management and compliance are also very important,” added Jalal.

Also speaking on the day was Gibu Mathew, product development manager at ManageEngine, who highlighted the need for IT tools to become more smarter to drive digital transformation. “What we need is AI-enabled operations tools to aid decision making so that IT can play a key role in DX,” he said.