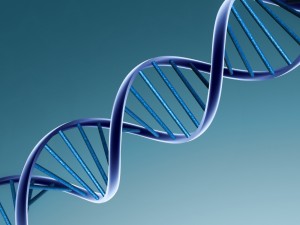 According to a team of researchers, there is a way to store digital data in the form of DNA, which could potentially last for tens of thousands of years.

The encoding method makes it possible to store at least 100 million hours of high-definition video in about a cup of DNA, the researchers said in a paper published in the journal Nature this week.

The researchers, from the U.K.-based EMBL-European Bioinformatics Institute (EMBL-EBI), claimed to have stored encoded versions of an .mp3 of Martin Luther King’s “I Have a Dream” speech, along with a .jpg photo of EMBL-EBI and several text files.

“We already know that DNA is a robust way to store information because we can extract it from wooly mammoth bones, which date back tens of thousands of years, and make sense of it,” Nick Goldman, co-author of the study at EMBL-EBI, said in a statement. “It’s also incredibly small, dense and does not need any power for storage, so shipping and keeping it is easy.”

Reading DNA is fairly straightforward, but writing it has been a major hurdle. There are two challenges, according to the researchers. First, using current methods, it is only possible to manufacture DNA in short strings. Secondly, both writing and reading DNA are prone to errors, particularly when the same DNA letter is repeated.

Goldman and co-author Ewan Birney, associate director of EMBL-EBI, set out to create a code that overcomes both problems. The new method requires synthesising DNA from the encoded information. EMBL-EBI worked with California-based Agilent Technologies, a maker of electronic and bio-analytical measurement instruments such as oscilloscopes and signal generators, to transmit the data and then encode it in DNA.

Agilent downloaded the files from the Web and then synthesised hundreds of thousands of pieces of DNA to represent the data. “The result looks like a tiny piece of dust,” said Emily Leproust of Agilent.

Agilent then mailed the sample to EMBL-EBI, where the researchers were able to sequence the DNA and decode the files without errors.

This is not the first time that DNA has been shown to be an effective method of storing data. Last autumn, researchers at Harvard University demonstrated the ability to store 70 billion copies of a book in HTML form in DNA binary code.

The researchers created the binary code through DNA markers to preserve the text of the book Regenesis: How Synthetic Biology Will Reinvent Nature and Ourselves in DNA.

“The total world’s information, which is 1.8 zettabytes, [could be stored] in about four grams of DNA,” Sriram Kosuri, a senior scientist at Harvard’s Wyss Institute and senior author of the paper explaining the science, said at the time.

Researchers are pursuing methods of storing data in smaller and smaller packets because of the tremendous growth of data.

During the next eight years, the amount of digital data produced will exceed 40 zettabytes, which is the equivalent of 5,200GB of data for every man, woman and child on Earth, according to the latest Digital Universe study by research firm IDC.

The majority of data between now and 2020 will not be produced by humans but by machines as they talk to each other over data networks. That would include, for example, machine sensors and smart devices communicating with other devices.

“We’ve created a code that’s error tolerant using a molecular form we know will last in the right conditions for 10,000 years, or possibly longer,” Nick said. “As long as someone knows what the code is, you will be able to read it back if you have a machine that can read DNA.”

The researchers said the next step in development is to perfect the coding scheme and explore practical aspects, paving the way for a commercially viable DNA storage model.