Gaming giant, Dragonfly and DECENT, developer of a proprietary blockchain technology called DCore, have come together to bring blockchain to the gaming industry. Together, they are set to tackle some common challenges by developing a new and fully integrated blockchain-based marketplace.

DECENT says in China, 20% of video is paid per view and 80% is ad supported. Currently there are a number inefficiencies in the system when monetising ads. Blockchain tech makes it possible to reward both the viewer and the host while providing much more accurate data for the advertisers. 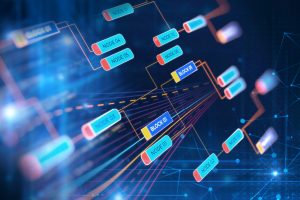 The vendor adds gamers want to play their games offline, with a staggering 60% of Dragonfly games being played offline. So DRM (digital rights management) needs to be handled at the point of sale (or download). DCore uses encrypted keys to access data, without the keys the data cannot be located and downloaded. DCore also allows digital property tokens to be issued and automatically checked behind the scenes to further protect author rights without getting in the way of user experience.

“Dragonfly has teamed up with DECENT to develop a fully integrated system to bring blockchain to millions of gamers around the globe,” said Kalvin Feng, CEO of Dragonfly. “Our cooperation will bring all the advantages of blockchain technology to e-gaming. It’s gonna be a real gamechanger.”

“We’re so pleased to have announced our partnership with Dragonfly at Unchained, which will be a force in bringing blockchain to the gaming industry,” said Matej Michalko, Founder, President of DECENT. “We’re looking forward to developing a secure, automated, and transparent blockchain marketplace, to completely disrupt how items are exchanged in gaming.”