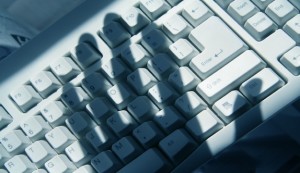 The Chinese cyber-spies behind the widely publicised espionage campaign against The New York Times have added Dropbox and WordPress to their bag of spear-phishing tricks.

The gang, known in security circles as the DNSCalc gang, has been using the Dropbox file-sharing service for roughly the last 12 months as a mechanism for spreading malware, said Rich Barger, chief intelligence officer for Cyber Squared. While the tactic is not unique, it remains under the radar of most companies.

“I wouldn’t say it’s new,” Barger said on Thursday. “It’s just something that folks aren’t really looking at or paying attention to.”

The gang is among 20 Chinese groups identified this year by security firm Mandiant that launch cyber-attacks against specific targets to steal information. In this case, the DNSCalc gang was going after intelligence on individuals or governments connected to the Association of South-East Asian Nations. ASEAN is a non-governmental group that represents the economic interests of 10 South-East Asian countries.

The attackers did not exploit any vulnerabilities in Dropbox or WordPress. Instead, they opened up accounts and used the services as their infrastructure.

The gang uploaded on Dropbox a .ZIP file disguised as belonging to the US-ASEAN Business Council. Messages were then sent to people or agencies that would be interested in the draft of a council policy paper. The paper, contained in the file, was legitimate, Barger said.

When a recipient unzipped the file, they saw another one that read, “2013 US-ASEAN Business Council Statement of Priorities in the US-ASEAN Commercial Relationship Policy Paper.scr.” Clicking on the file would launch a PDF of the document, while the malware opened a backdoor to the host computer in the background.

Once the door was open, the malware would reach out to a WordPress blog created by the attackers. The blog contained the IP address and port number of a command and control server that the malware would contact to download additional software.

Dropbox is a desirable launchpad for attacks because employees of many companies use the service. “People trust Dropbox,” Barger said.

For companies that have the service on its white list, malware moving from Dropbox won’t be detected by a company’s intrusion prevention systems. Also, communications to a WordPress blog would likely go undetected, since it would not be unusual behaviour for any employee with access to the Internet.

In general, no single technology can prevent such an attack. “There’s no silver bullet here,” Barger said.

The best prevention is for security pros to share information when their companies are targeted, so others can draw up their own defence, he said.

In The New York Times attack, the hackers penetrated the newspaper’s systems in September 2012 and worked undercover for four months before they were detected.

The attack coincided with an investigative piece the newspaper published on business dealings that reaped several billion dollars for the relatives of Wen Jiabao, China’s prime minister.