Dubai Future Foundation’s (DFF) knowledge platforms has now reached more than 400 million people across the globe, according to WAM. 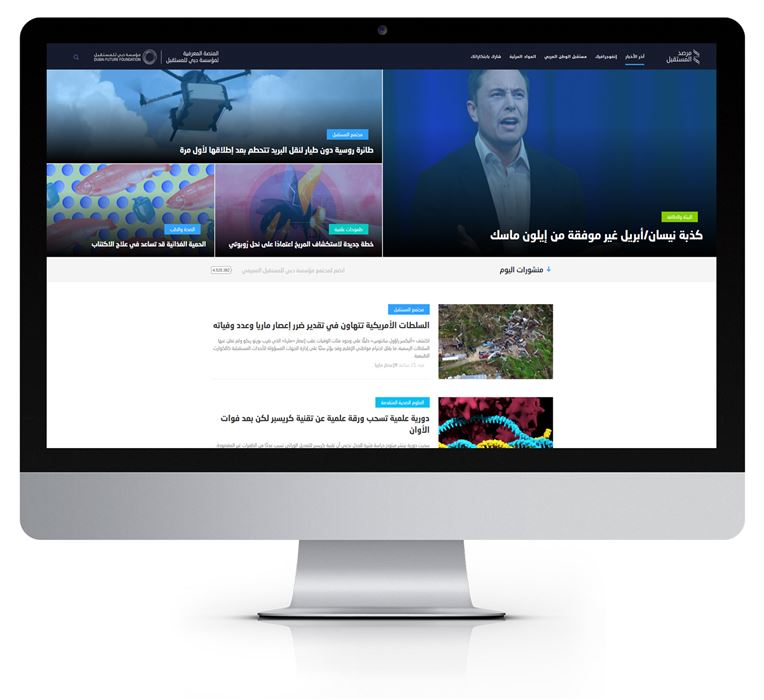 The ‘Dubai Future Foundation’ was launched to play a pivotal role in shaping the future of Dubai along aside the launch of Dubai Future Agenda as a roadmap for the Foundation to shape the future of the strategic sectors in the medium and long term in cooperation with government and private sector entities.

The initiative is being led by Sheikh Hamdan Bin Mohammad Bin Rashid Al Maktoum, Crown Prince of Dubai and Chairman of the Board of Trustees of the foundation.

The Foundation had launched a host of initiatives for that purpose, including the Mostaqbal Portal, Popular Science Arabia magazine, the State of the Future Report, MIT Tech Review in Arabic and many other projects that seek to provide Arabic-language content.

These print and online platforms have been made available on entertainment systems in a number of international airlines that transport more than 50 million passengers a year.

Launched in collaboration with Haykal Media, Popular Science Arabia magazine has generated great interest within the research community. The PopSci website drew more than 177,000 visitors, most of whom were located in Saudi Arabia, Egypt, the UAE, and Syria. The website’s content has registered a total of 13.43 million views from all around the region.

The Dubai Future Foundation has also recently launched the Arabic edition of the MIT Technology Review platform, which is gaining a lot of traction. The platform focuses on innovation, emerging technologies and their effects on human life. Arabic is its eighth language after English, Chinese, Japanese, German, Italian, Spanish, and Urdu.