First demoed at the September iPhone event in 2017, the souped-up selfie lenses are finally ready for your close-up. 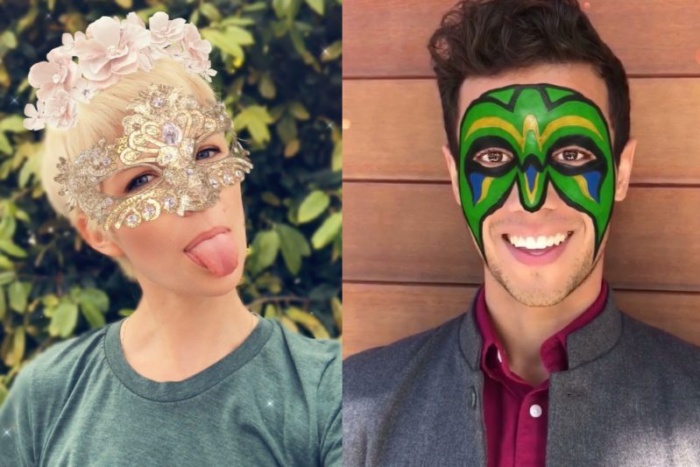 Last September, when Apple announced the iPhone X and its new TrueDepth camera, it demonstrated the capabilities by showing off awesome new Snapchat AR lenses. The same sort of selfie accessories we’ve seen before—masks and hats and such—would now precisely follow the contours of your face and accurately follow your movements. Neat!

The only catch is, the feature didn’t appear with the release of the iPhone X. Only now, six months later, has Snapchat finally delivered its first TrueDepth-enabled AR lenses.

There are three so far: A wrestling face-paint mask (think The Ultimate Warrior), a tiara, and an ornate face mask. To access them within Snapchat, select the front camera and then long-press the center of the screen to show lenses and filters. The first three should be TrueDepth-enhanced.

The impact on you at home: It’s a shame this feature took so long to make it to market, because it really is a good demonstration of the TrueDepth camera system. You’ve seen Snapchat’s lenses before, but they’ve always been a little rough. These new Lenses map very precisely to your face and follow it very well. It’s a night-and-day difference.

The Facebook fiasco has us all hyper-sensitive about how our data is collected and used by social media services. But you shouldn’t freak out about Snapchat’s use of the TrueDepth camera.

The actual Face ID data used to unlock your phone and approve payments and the like is completely different from the 3D face representation used in TrueDepth-enhanced apps. Face ID data is a special unique mathematical representation that is encrypted and locked away in the Secure Enclave chip of the iPhone X where even Apple has no access to it. What apps get from the camera is a rough 3D approximation of your face shape and the expressions you’re making. It is not possible for it to be used to reverse-engineer your Face ID login.

What’s more, Apple forbids apps that access the TrueDepth camera from using your face data in advertising or marketing, or from bundling it up and selling it to third party data brokers and the like. Apps can’t use face data to build unique profiles of anonymous users, either. I’m sure we’ll see branded TrueDepth-enhanced Lenses in no time, but Snapchat can’t use your face data to profile or target you with ads.